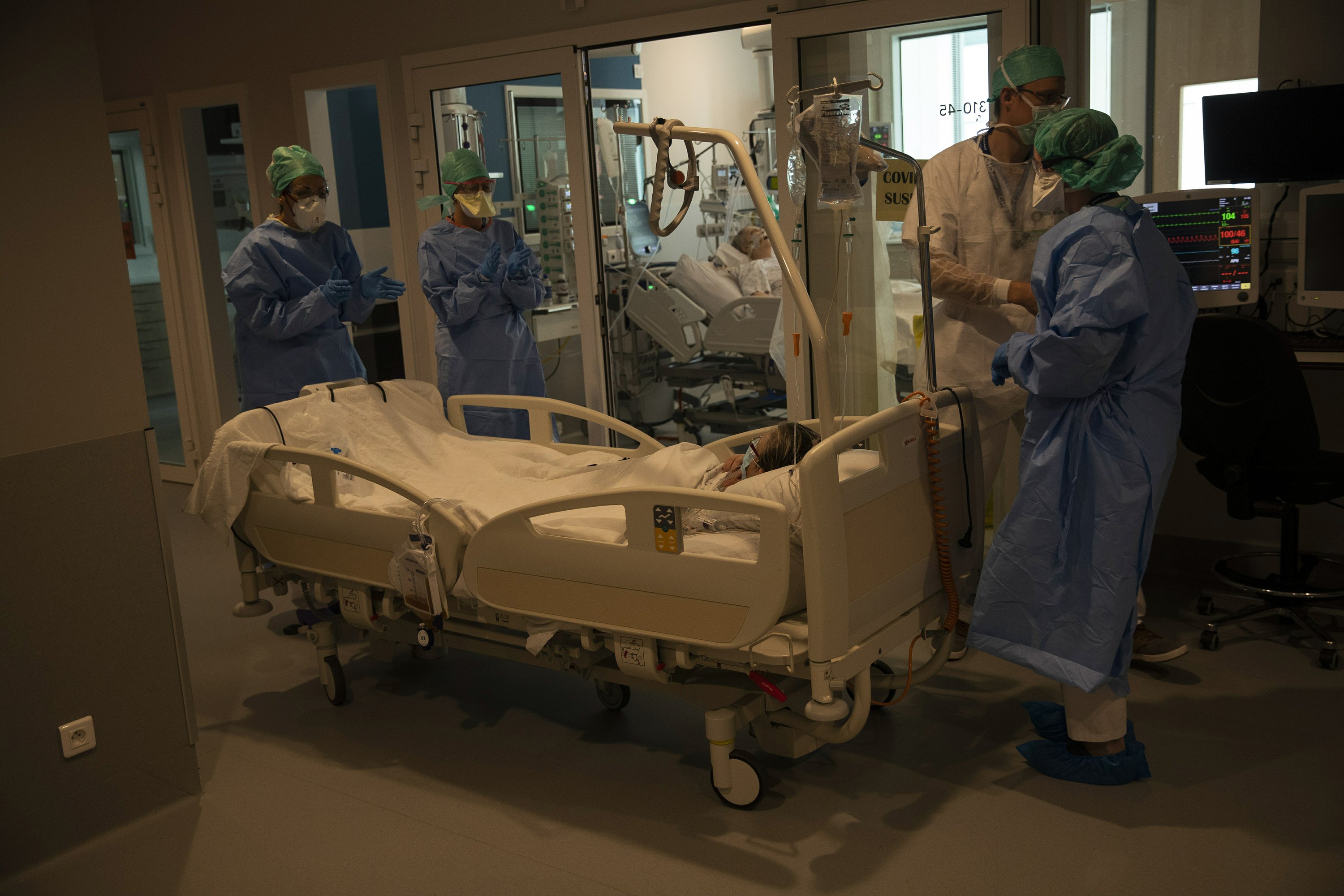 Nearly 6,000 Covid-19 patients are currently admitted to Belgian hospitals, which is more than during the peak in April, according to Sciensano’s latest figures on Thursday.

In total, 5,924 coronavirus patients are currently admitted to hospital, about 200 more than the total of 5,759 Covid-19 patients who were in hospital during the peak in April.

Over the past week, 593.1 new hospitalisations per day were recorded on average, up from 456.3 per day the week before. On Wednesday alone, 743 additional patients were admitted.

Additionally, between 19 and 25 October, an average of 14,356.4 new people tested positive per day, which is an increase of 40% compared to the week before. On Tuesday 20 October, more than 18,500 infections were confirmed.

The total number of confirmed cases in Belgium since the beginning of the pandemic is 368,337. The total reflects all people in Belgium who have been infected, and includes confirmed active cases as well as patients who have since recovered, or died as a result of the virus.

The total number of deaths in the country since the beginning of the pandemic is currently 11,170. On Monday 26 October alone, 104 people died as a result of Covid-19.

Since the start of the pandemic, a total of over 4.7 million tests have been carried out. Of those tests, 66,600 were taken over the past week, with a positivity rate of 23.6%. This means that just under a quarter of the people who get tested receive a positive result.

The percentage went up from 20.2% last week, meaning that even though more tests are being carried out – which naturally results in more confirmed infections – the epidemic is still growing.