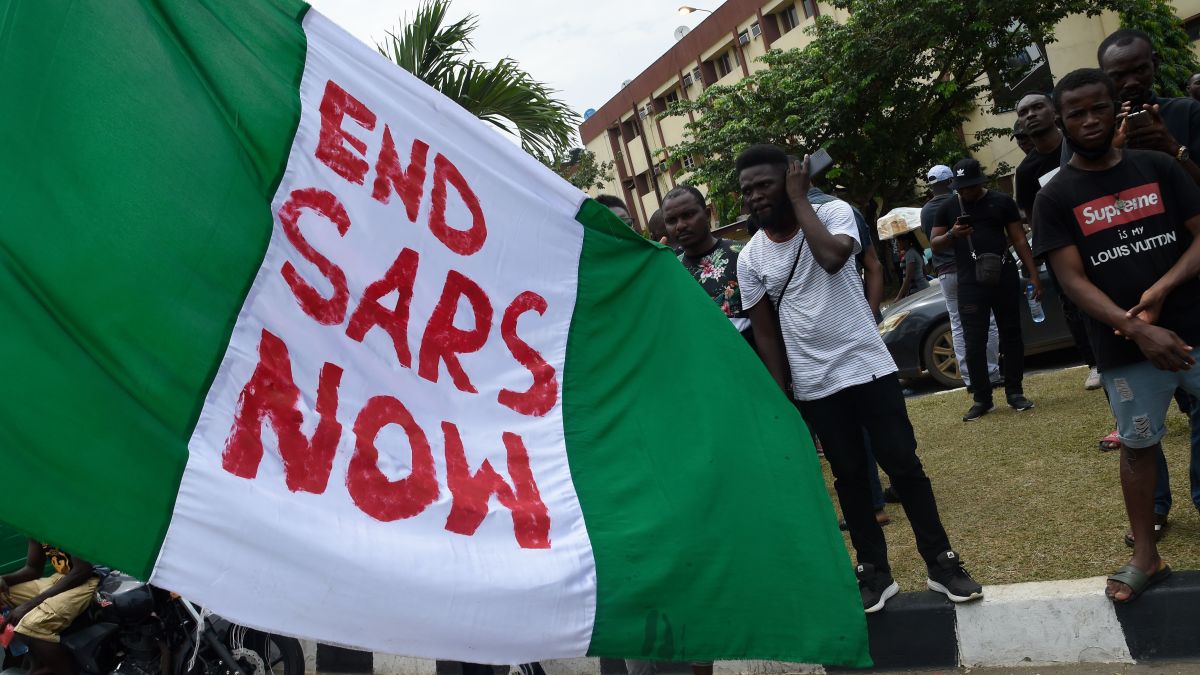 The Nigerian army has finally revealed the role it played in the fallout of the #EndSARS protests last week.

Recall that some unarmed peaceful protesters were allegedly killed, after officials of the Nigerian army allegedly opened fire on them, at Lekki Toll gate?

The 81 Division of the Nigerian Army debunked reports however, of military officers shooting at End SARS Protesters at the Lekki toll gate.

In a statement today, the Acting Director Army Public Relations, Major Osoba Olaniyi, confirmed the involvement of soldiers in restoring order in Lagos, following the declaration of curfew by Governor Babajide Sanwo-Olu.

The statement reads, “The attention of Headquarters 81 Division Nigerian Army has been drawn to a viral video on social media in which it was alleged that civilian protesters were massacred by soldiers at Lekki Toll Plaza. This allegation is untrue, unfounded and aimed at causing anarchy in the country.”

“At no time did soldiers of the Nigerian Army open fire on any civilian. From the onset of the ENDSARS protest, there was no time personnel of 81 Division Nigerian Army Lagos were involved.”

“However, the decision to call in the military was taken by the Lagos State Government (LASG) after a 24- hour curfew was imposed.”

“This was as a result of the violence which led to several police stations being burnt, policemen killed, suspects in police custody released and weapons carted away.”

“The situation was fast degenerating into anarchy. It was at this point that LASG requested for the military to intervene in order to restore normalcy.”

“Finally, Headquarters 81 Division Nigerian Army reiterates Nigerian Army in the discharge of its constitutional responsibilities did not shoot at any civilian as there are glaring and convincing evidence to attest to this fact.”

“This allegation is the hand work of mischief makers who will stop at nothing to tarnish the image of the Nigerian Army. The general public is hereby enjoined to discountenance this allegation as there is no iota of truth therein.”