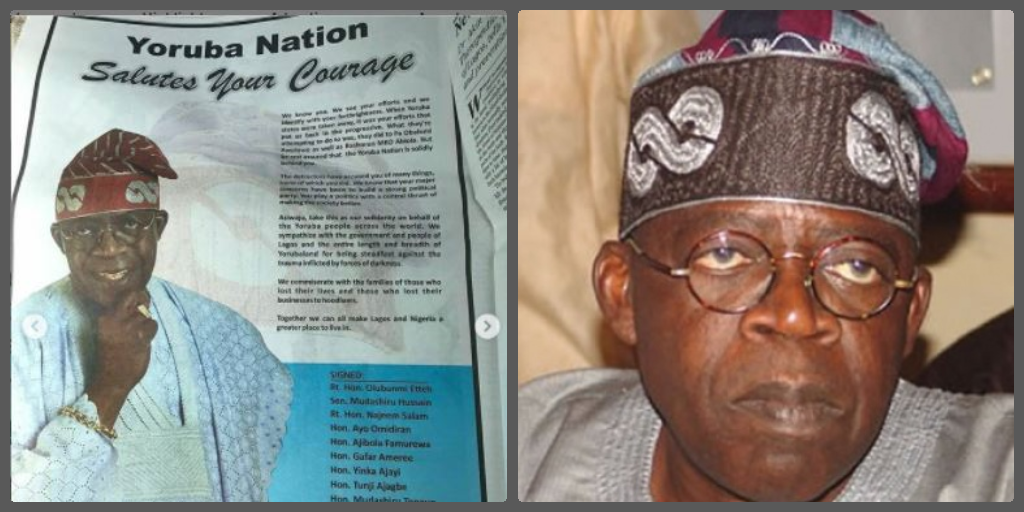 Social media users have expressed shock after some Nigerians spent money on newpaper adverts to show support for the national leader of the All Progressives Congress, Bola Tinubu after the Lekki shootings.

Recall that Tinubu was accused of having a hand in the shooting of innocent protesters.

The photos were greeted with mixed reactions after three widely read newspaper filled their pages with outpouring supports from some persons and organisations for Bola Tinubu.

Below are photos of the pages of one of the newspapers: