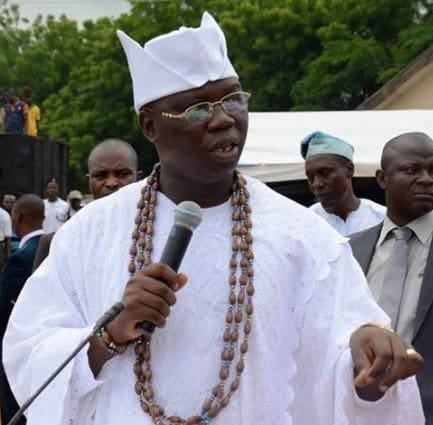 Iba Gani Adams, Aare Onakakanfo of Yorubaland and leader of the Oodua Peoples Congress (OPC), has accused politicians of sponsoring the burning of the Orile police station in Lagos.

Speaking to Arise TV on Sunday, Gani Adams stated that hoodlums attack across the state was carefully planned.

He stated that politicians orchestrated the violence so as to have an excuse to impose a 24-hour curfew in Lagos.

“They started this ugly mood, by burning the station in Orile. Is it the protesters that burn that station?

“It’s the urchins that the politicians gave money to go and burn it so that they can have an opportunity to declare curfew,” he said.

Adams on Saturday reiterated his condemnation of unarmed protesters.

“Those in power today are products of protests by the people of this great country”, he fumed.