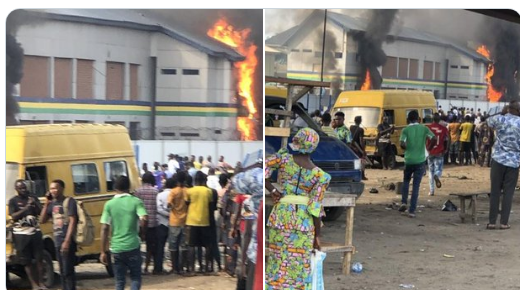 This is coming moments after thugs burnt down Orile police station in the state, which resulted in the government suspending all forms of protest in Lagos, and announced a 24-hour curfew.

The incident is reported to have occurred around 11am Tuesday, October 20.

An eyewitness simply identified as Ladipo said at least eight people were injured in the attack.

He stated that the hoodlums heard that policemen were killing their people in Iganmu, which fueled their agitation to burn down the police station.

“There is tension everywhere. We have rushed eight people to the hospital. They were critically injured” he added.

“Yes, it is on fire. Layeni Police Station has been torched. The incident happened around 11 am. At Ajeromi police station, the hoodlums were repelled.”