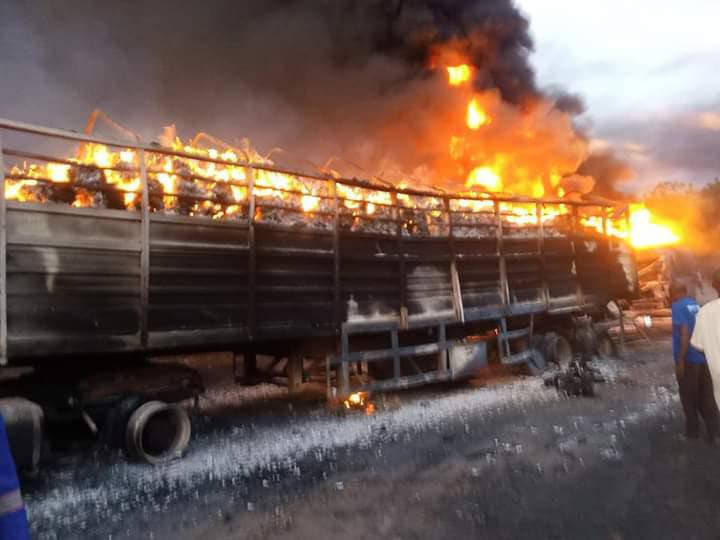 The fire accident occurred around 3am on Tuesday, October 20.

According to reports, the tankers transporting Premium Motor Spirit (PMS) collided before they burst into flames, killing about 6 people.

According to reports, the incident occured around 6am and left residents of the community scampering to safety.

The explosion affected several houses, a primary school and other properties. It was gathered that four persons lost their lives while many others were severely injured.