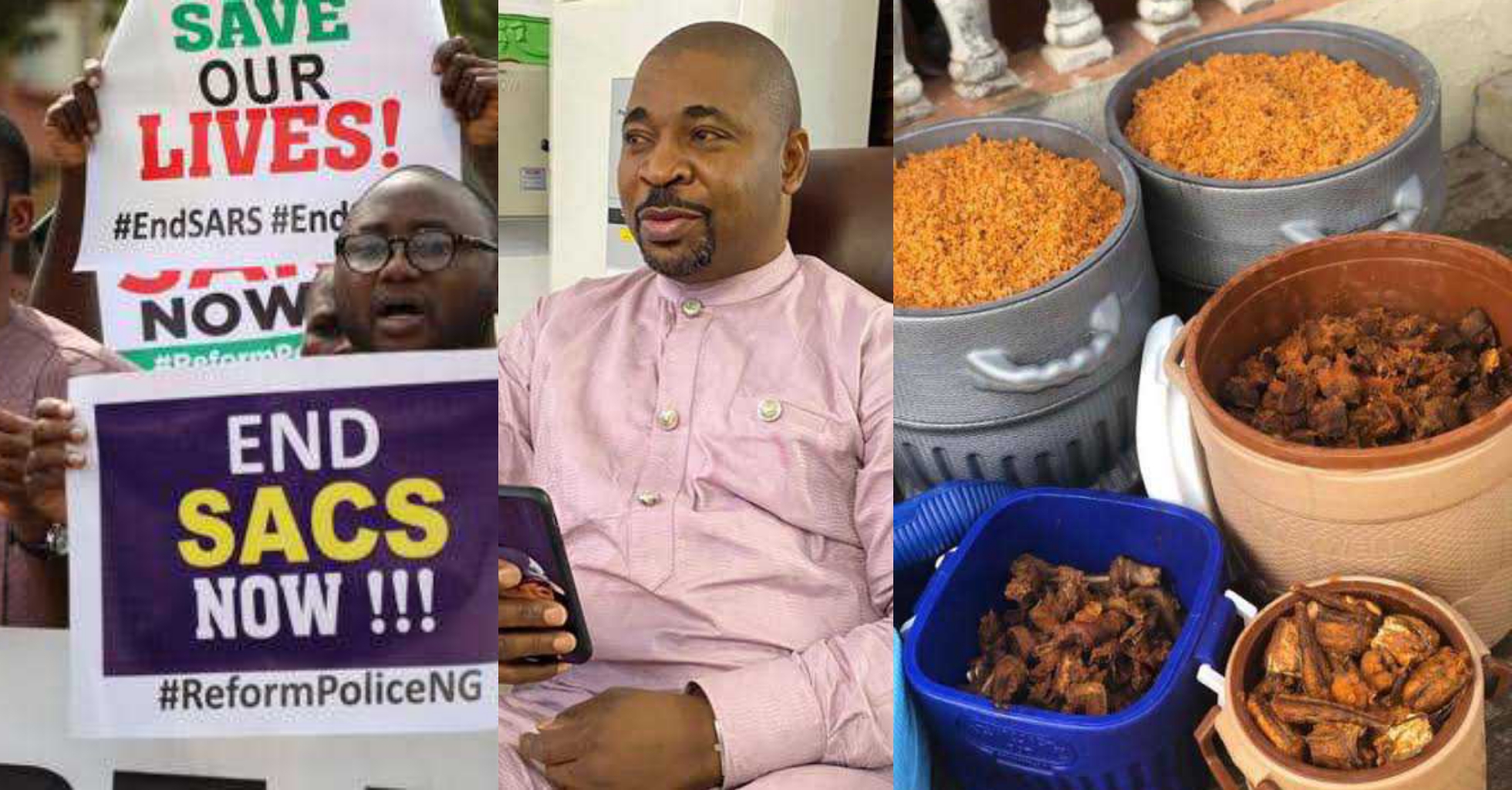 #EndSARS protesters at the Lagos State House of Assembly on Friday rejected food and soft drinks sent by the Chairman of the National Union of the Road Transport Workers in the state, Musiliu Akinsanya aka MC Oluomo.

The rejection was in reaction to an attack unleashed on the protesters by thugs at Ikeja, the state capital, on Thursday.

Several protesters were injured at Alausa, Ikeja, on Thursday, after thugs armed with guns, machetes, knives and axes attacked them.

MC Oluomo was accused to have been the sponsor of the violent attack but his spokesman, Jimoh Buhari, denied the allegation.

“We have no hand in the attacks. People should stop accusing us wrongly. Were the thugs wearing NURTW uniforms? Is MC Oluomo holding a political office? He has no hand in the case,” Buhari had said.

Also, the transport union chief in a video he shared on social media said he supports the protest for police reform and could not have sent the thugs.

In an apparent attempt to endear himself to the protesters, the NURTW boss sent food as well as soft drinks and water branded with his name to the youths.

The refreshments were conveyed in a white van to the Alausa area on Friday afternoon.

Some protesters had collected the items and began to eat when one of them raised the alarm that the packs were branded with ‘Donated by MC Oluomo’.

The awareness invoked angered as protesters pelted the van with empty plastic bottles and other objects, alleging that the NURTW boss had sent them “poison”.