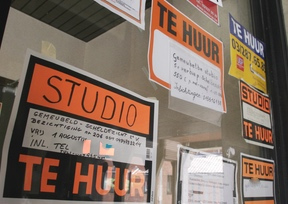 Discrimination against applicants for a rental apartment increased by almost 100% during the coronavirus epidemic if the person asking about the property had a Moroccan-sounding name, according to two researchers from the Free University of Brussels (VUB).

The research was carried out by sociology professor Pieter-Paul Verhaeghe and PhD researcher Abel Ghekiere.

Their technique was to respond to For Rent advertisements on commonly-used property sites, calling up using a Belgian name, a Congolese-sounding name, and a name that sounded Moroccan.

By making sure all information given was the same apart from the name, the team could determine if that was the basis for a differing response from the landlord or agency. Most commonly, a Belgian-sounding caller would be given full details of the rental, while the two apparent foreigners would be put off by being told the property had already been let.

In a series of 482 tests carried out between October 2019 and March 2020 – essentially prior to the outbreak of the coronavirus pandemic – they found evidence of discrimination in 17% of cases for Belgo-Congolese callers, and 20% for Belgo-Moroccans.

In a later series of 440 tests carried out between 16 May and 30 June this year, however, the effects of the epidemic had made themselves felt.

“The agencies were a lot more selective,” the researchers said.

Belgian callers in that series of tests were turned away in one-quarter of cases, a fact that may be accounted for by the fact that, since during lockdown it was impossible to visit an apartment for rent, the number of applicants led to a higher level of refusals as competition was simply stiffer.

Nevertheless, the number of cases of discrimination against Belgo-Congolese remained the same as before.

The Belgo-Moroccan callers, meanwhile, experienced almost twice as many instances of discrimination as before, at 36% compared to 20%.

“We suspect this is due to the fact that this community has often been stigmatised in the media due to a high percentage of coronavirus infections and non-compliance with measures,” said the researchers.