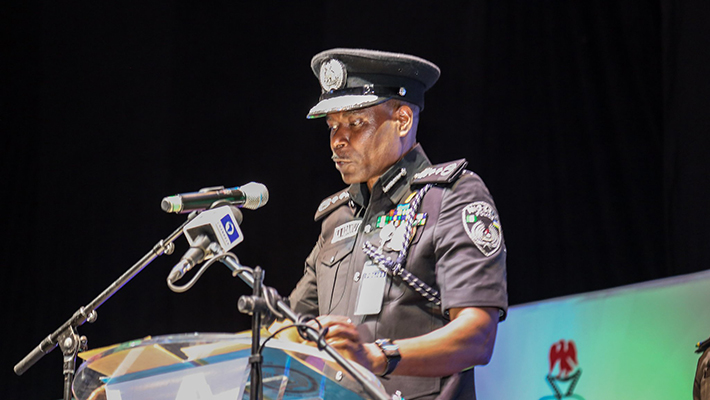 The IGP said no police unit would profile Nigerians again, as he promised further reforms in the law enforcement agency.

Muhammad Adamu, The Inspector General of Police, has assured Nigerians that the era of police officers checking people’s phones which is their private property to know if they are suspected fraudsters are over.

He said no police unit would profile Nigerians again, as he promised further reforms in the law enforcement agency.

Nigerians are currently protesting in numbers against the flagrant abuse of their human rights by officers of the Nigeria Police Force.

In response, the police has proposed various reforms which includes the dissolution of the Special Anti Robbery Squad (SARS or FSARS).

While speaking with newsmen today, Muhammad Adamu said checking phones is not part of the job of any police officer and there will be a total stop to it henceforth.

He further re-assured Nigerians that the Police Force will stop at nothing to protect the law abiding citizens.

Watch him speak below;

The issue of ANY Police Unit going to look into people's phones is not acceptable — IG of Police #EndSWAT #SARSMUSTENDNOW pic.twitter.com/cEGwb12CwZ