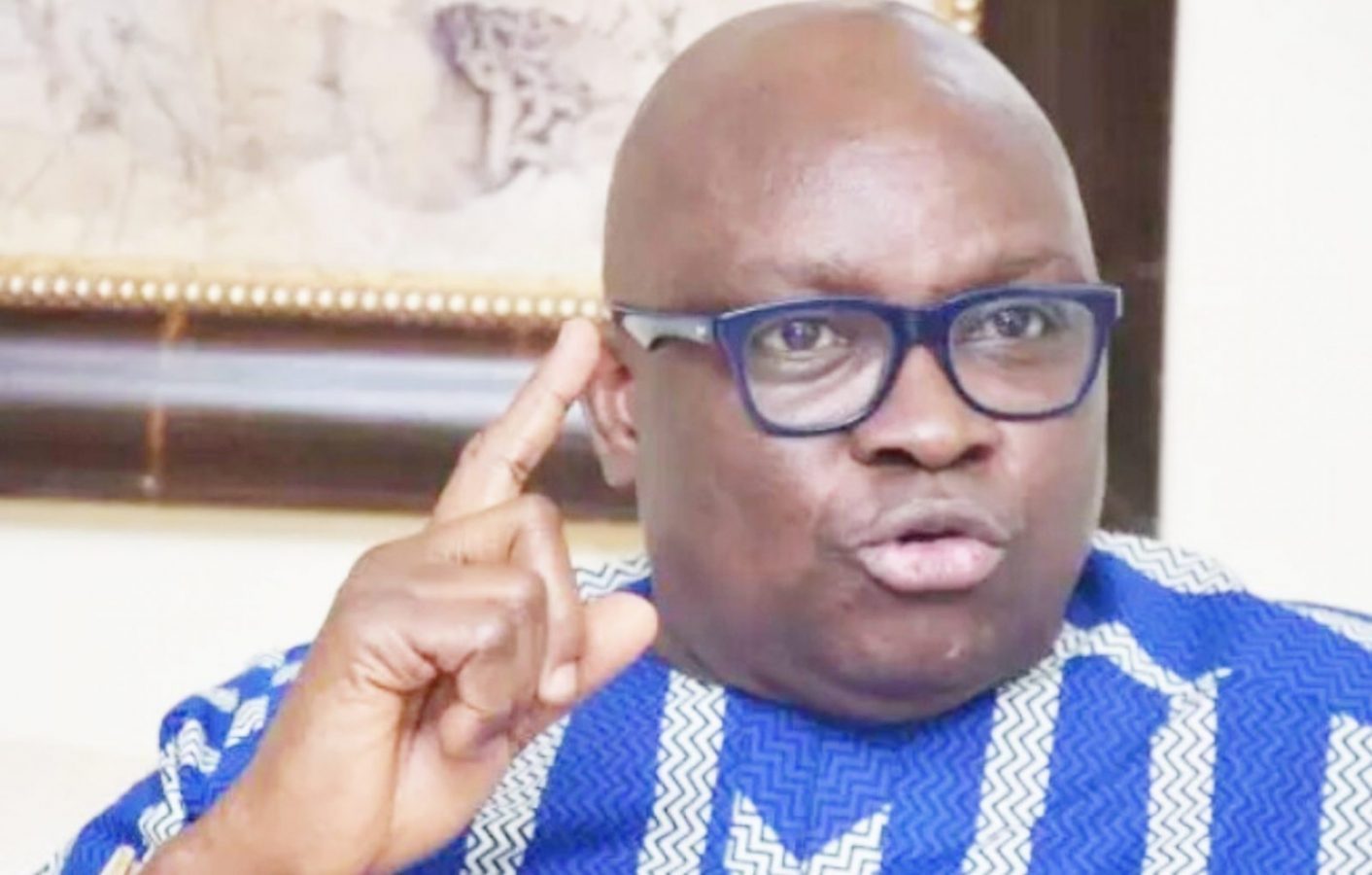 Fayose was heading for the podium at the campaign ground when a hoodlum, believed to be acting on instruction, moved towards him and removed his cap.

Reacting through his spokesman, Lere Olayinka, the former governor said despite the shameful act, he would not stop saying the truth about the running of the party in the Southwest, adding that those who had failed to produce any result in Lagos State since 1999 would be made to retire.

He promised to make a formal report of the incident to security agencies and the party’s leadership, noting that it was not something to be handled with levity, as security agencies would have to arrest the thugs brought to the event and their sponsors.

Fayose said: “That was how the late Chief Bola Ige’s cap was removed in Ile- Ife, Osun State then and we all know what happened later.

“So this one will not be ignored and treated as one of those things.

“The mastermind had it all planned and they followed it up by celebrating what they saw as the success of their plot. They even capped it all by circulating the video.

“So it was not an accident, it was planned. But those who planned it only succeeded in advertising their political myopia because popularity of the brand Ayo Fayose Osokomole cannot be undermined by such childish act. That they must have seen in the reaction of the people at the rally and I am sure they know that they can’t get such loud ovation even if they spend all the money in this world.

“As for me, I am unperturbed and I must say it clearly that those new comers to the PDP and their old allies, who won’t mind soiling the image of the party to achieve their aims, will not be allowed to succeed.”

Reacting, however, Makinde, through his Chief Press Secretary Taiwo Adisa said he does not intend to join issues with the former governor, whom he said appears perpetually desirous of hugging the limelight even when the occasion doesn’t desire such grandstanding.

“I believe that ex-governor Fayose and his handlers need to look far away from Oyo State in search of their enemies.

“Governor Makinde has no link whatsoever with the incident Fayose’s aide was talking about.

“We expect all right-thinking members of the PDP to join the governor of Oyo State in the prosecution of the noble and democratic assignment he is executing on behalf of the PDP in Ondo State at this time, instead of seeking to distract him one way or the other.

“The governor will, however, not be distracted either on the task at hand or on the well-intentioned desire to join other leaders to rebuild the PDP in the Southwest,” Makinde said.

Ondo State Government has said the attack on Fayose has confirmed its allegation that Makinde has imported thugs into the state ahead of tomorrow’s election.

It said there was need for security agencies to contain and curtail activities of the thugs.

Information and Orientation Commissioner Donald Ojogo said in a statement: “Government recalls that the last three weeks have witnessed mindless and condemnable acts perpetrated by these thugs imported from Oyo State. The assault on the former governor of Ekiti State, at the party’s rally in Ondo town, no doubt, is an internal affair of the party. The incident nonetheless, remains a reference point just as it confirms our earlier apprehension.

“Government, therefore, calls on security agencies to spread their surveillance network to curtail the activities of these hoodlums who are spread across the 18 local governments of Ondo State.”