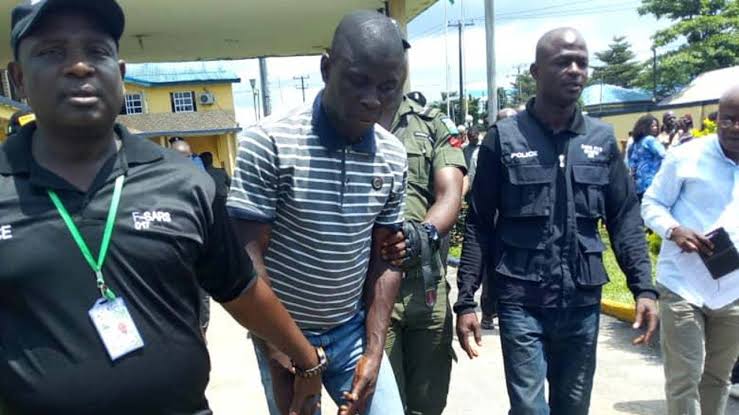 The Court however discharged and acquitted the second defendant, Nimi ThankGod, for was facing one-count charge of misconduct with the corpse of one of the serial killer’s victims.

Delivering his judgement, Enebeli found David-West guilty of the murder of 11 young women as well as the attempted murder of one Benita Etims in hotels in Rivers State in 2019. The trial judge stated that the prosecution team was able to convince the court that David-West was the killer of the several females.

How was he caught?

At the beginning of the case and unrepresented by a counsel, David-West had pleaded guilty to the murders but the judge demanded a trial because of the “gravity of the crime”.

At the time, authorities had suspected that he was working with accomplices but could not find any evidence as the case went to trial.

At the height of the killings in September last year, outraged citizens of Port Harcourt took to the streets, calling on authorities to solve the murders.

He was arrested on 19 September while trying to leave Port Harcourt as investigators closed in on him.

CCTV had captured him leaving a hotel and the circulated photo went viral on social media.

Security agents found him in a commercial bus travelling to Uyo in Akwa Ibom state, 45 minutes away from Port Harcourt.