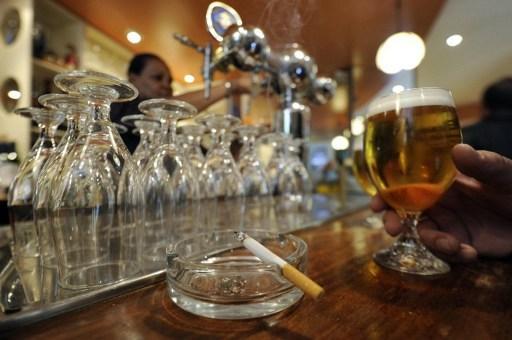 While the Brussels-Capital Region on Wednesday decided to close all bars on its territory from 8 October to curb the spread of the coronavirus, bars in the municipalities of the Brussels’ periphery will remain open.

For the time being, no stricter measures will be taken in the 19 municipalities bordering the Brussels-Capital Region, the cabinet of Jan Spooren, the provincial governor of Flemish Brabant confirmed to The Brussels Times.

“Taking additional measures is not on the agenda at the moment,” Spooren said after Brussels announced that cafés and bars in the Region will have to close for a month from Thursday. “We are now focusing on the federal rules announced on Tuesday, which will enter into force on Friday.”

This means that, following Belgium’s latest rules, the cafés and bars in those 19 municipalities bordering the Capital Region will still be allowed to open, but from Friday 9 October, tables can only seat groups of 4 (instead of 10), and they have to close their doors at 11:00 PM, like in the rest of the country.

At the end of September, when Brussels announced that its bars would have to close at 11:00 PM, Spooren suggested that the hospitality businesses in the periphery should do the same, as he feared that many Brussels’ cafe-goers would relocate to just outside the city.

While bars and cafés can still stay open in the municipalities bordering the Capital Region for now, the province announced on Tuesday that having a face mask with you at all times is now mandatory.

Earlier, Spooren already said that tighter restrictions were a possibility as soon as Belgium’s coronavirus barometer was launched.