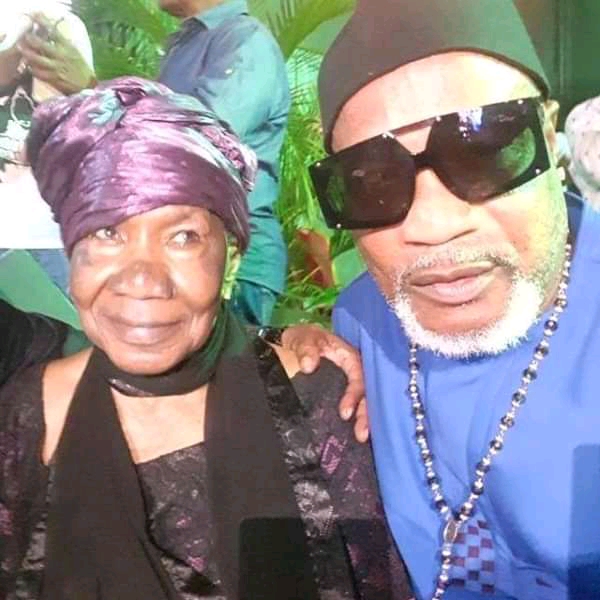 The year 2020 has turned out to be one of the worst for Congolese Lingala maestro Koffi Olomide and his family.

TUKO.co.ke has learnt Koffi and family are in mourning following the sudden demise of his mother, Aminata Angélique Muyonge.

News about the death of Koffi’s mum was first made public by the musician through his official Facebook page.

According to Koffi’s post, his mother went to be with the lord on Saturday, October 3, afternoon. The musician did not disclose the cause of his mum’s death but remembered her as their flower.

”To you the flowers to us the tears. Mom this October 3rd God decided you go find Dad I give thanks to God Mom… so much I love you, in me you will always and forever… Rest in peace Mama Amy.” Koffi wrote.

Following his announcement, many people specifically his fans took to different social media platforms to mourn with the family.

The latest report has really hurt Koffi’s Kenyan fans who have been supporting him dearly, except the time he was deported from Kenya for kicking one of his female dancers at the JKIA.

As earlier reported by TUKO.co.ke, the same fans turned against him after he was captured on video abusing his dancer.

A massive online campaign they launched in a move that saw the singer’s concert cancelled and him deported.

READ  Thousands expected at Demo for Health in Brussels

It is important to note that the death of Koffi’s mum comes about four years after the singer lost his father Charles Agbepa.

The artiste announced his father’s demise through his Twitter account with the following message; “It is with immense sorrow that I announce the death of our dear Papa Charles Agbepa that occurred this morning.”