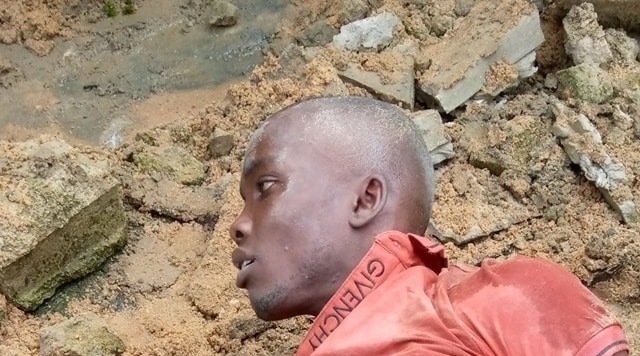 A 27-year-old suspected serial thief and burglar identified as Godbless Philip has been arrested by men of the Bayelsa State Vigilante Security Outfit over alleged phone snatching and other criminal activities.

The suspect, Philip was arrested in the early hours of Wednesday, September 30 along Otiotio off yenezue-gene Yenagoa after intelligence information gathering from members of the public.

It was also learnt that the suspect who is an indigene of Ayama in Ogbia local government area, specialises on mobile phone theft, room burgling and other crimes and has been terrorizing innocent citizens who come out early to go about daily business along the kpansia-yenezuegene area of the state capital.

Speaking on the development, the Chairman of the Bayelsa State Vigilante Service, Hon. Doubiye Alagba confirmed the arrest.

This prompted the state vigilante service to set a flashpoint in the area and through the help of members of the public he was apprehended.

According to him, the state vigilante has intensified new efforts in tackling these pocket crimes etc through public intelligence gathering.

He therefore used the medium to urge Bayelsans not to relent in calling and giving outfit information that will help tackle these crimes and more.

Alagba, stated that part of the challenges the security agencies are having in the state is lack of information from members of the public and this has hindered the operation of his security outfit mosttime.

READ  Edo Pastor Confesses To Sleeping With A Member’s Wife

The suspect was handed over to the state anti-cultism unit of the Nigerian Police Force for further investigation.