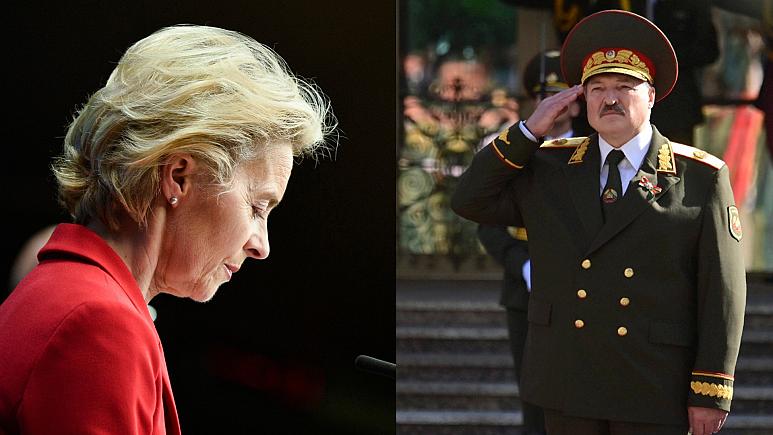 Belarus announced sanctions against the European Union on Friday in retaliation to restrictive measures agreed by European leaders hours before over the falsification of the presidential election.

The Belarusian Foreign Ministry’s statement accused the EU of “striving towards the deterioration of relations with us” and imposed its own set of sanctions against the bloc.

It is unclear how many EU officials have been sanctioned by Minsk as the list will not be made public.

“Belarus is always in words and in fact against confrontation. We are for dialogue and understanding. But as a sovereign state, we are also determined, albeit not without regret, to respond to unfriendly actions in order to naturally protect our national interests,” the Foreign Ministry added.

‘There will be no impunity’

EU leaders agreed following a Council meeting on Thursday to impose sanctions against some 40 Belarusian officials they say were involved in the rigging of the August 9 presidential election and the subsequent crackdown on peaceful protesters.

Brussels, London and Washington have all rejected the ballot’s official results which gave incumbent President Alexander Lukashenko over 80 per cent of the vote. Lukashenko — who was for now left off the EU’s sanctions list — has been in power for 26 years.

EU Council president Charles Michel reiterated the bloc’s stance that “the people of Belarus have the right to determine their own future” while Commission chief Ursula von der Leyen stressed that “there will no impunity for those who are responsible for the crackdown on demonstrator and oppositions candidates.”

An EU source told Euronews that “in general we reject the notion of so-called retaliatory sanctions”.

“The EU sanctions regime is based on specific reasons and legal grounds — in the case of Belarus it’s for breaches of rights of the population, disrespect for citizens’ fundamental freedoms and for election fraud,” the source added.

The Belarusian Foreign Ministry said the EU should be under no “illusion” that the sanctions they imposed “will not affect citizens and other areas of cooperation”.

“Any such attacks affect people, their safety, welfare and the economy,” it said.

It instead called on the bloc “to open borders for all Belarusians” and to “redouble joint efforts to combat common challenges, such as illegal migration, international crime and terrorism, the pandemic of infectious diseases and their socio-economic consequences”.

It also said that “attempts to impose on Belarusians some externally-approved representatives, projects of some ‘governments in exile’ etc, are doomed to fail. The fate of such structures is sad.”

The Belarusian opposition, led by Sviatlana Tsikhanouskaya, has founded a Coordination Council for the Transfer of Power.

Several members of the coordination council have been detained by Belarusian authorities with two claiming to have been forcibly expelled from the country.

One of the council’s prominent figures, Maria Kolesnikova, said earlier this month that she had torn up her passport at the border with Ukraine to avoid the same fate. She has since been charged with harming national security.

Tsikhanouskaya, who fled to Lithuania following the election over fears for her safety, has since addressed the EU Parliament and a meeting of the United Nations’ Security Council. She has also met with French President Emmanuel Macron and is scheduled to meet with German Chancellor Angela Merkel.