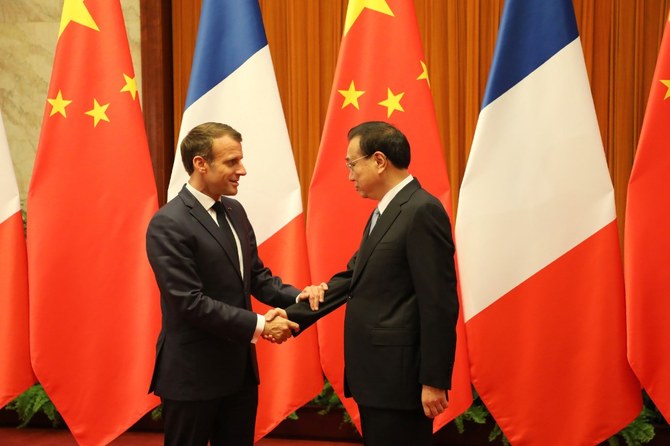 France will continue to pressure China on the treatment of the Muslim Uighur minority and call for the closure of internment camps in Xinjiang, the French foreign ministry said.

China is facing growing criticism over its persecution of some Muslim minority groups. The Uighurs are the largest Turkic-speaking indigenous community in Xinjiang, followed by Kazakhs.

“We have called for the closing of the internment camps in Xinjiang and the dispatch of an international mission of independent observers under the supervision of UN High Commissioner for Human Rights Michelle Bachelet to investigate on the ground and report objectively on the facts,” Agnes Von Der Muhll, the spokesperson for the ministry, told a press briefing on Friday.

Muhll added that France, along with its EU partners, had spoken out repeatedly to strongly condemn this “unacceptable” situation.

“France will remain active in this regard, both in its bilateral contacts with Chinese officials and within the UN, notably before the Human Rights Council,” she said, adding that Paris will continue to support this demand ahead of the EU-China dialogue on human rights by the end of the year.

“Fundamental rights are not a Western idea that one could oppose as an interference,” Macron said. “These are the principles of our organization, enshrined in texts that the member states of the United Nations have freely consented to sign and to respect.”

A UN committee heard in August 2018 that up to one million Uighurs and other Muslim groups were being detained in the western Xinjiang region and purportedly undergoing “re-education” programs.

The claims were made by rights groups, but China has denied the allegations. Beijing said it was responding to “ethnic separatism and violent terrorist criminal activities.”

The Xinjiang region in China’s far west has had a long history of discord between the authorities and the indigenous ethnic Uighur population.

In October 2018, the top official in Xinjiang said “vocational education” centers had been set up and were proving effective in staving off terrorism.

However, the Australian Strategic Policy Institute said earlier this week that there were 380 suspected detentions camps in the Xinjiang region.

Human Rights Watch said the Uighur people were subjected to intense surveillance and were made to give DNA samples. Rights groups said those interned in camps were made to learn Mandarin Chinese and criticize or renounce their faith.