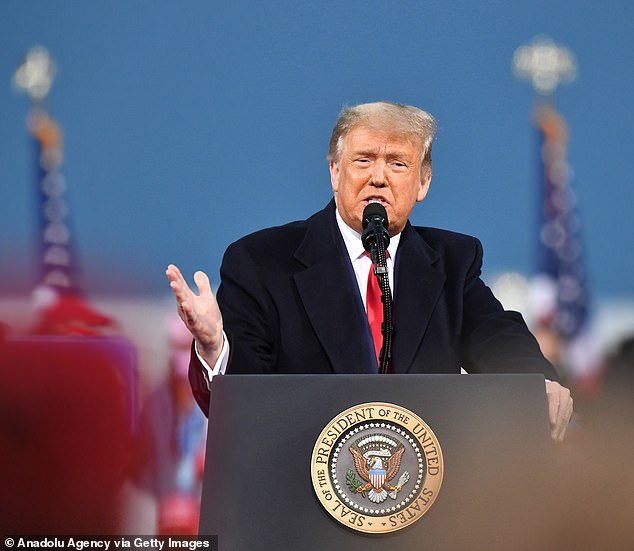 President Donald Trump raced on Monday to cement a conservative majority on the US Supreme Court before the Nov. 3 election, telling reporters he planned by Saturday to reveal his pick to succeed liberal icon Ruth Bader Ginsburg.

Speaking to reporters at the White House, Trump said he was zeroing in on one or two candidates among five who are under consideration. He called on the Senate, controlled by his fellow Republicans, to vote on confirmation before the election in which he is seeking a second term.

“I’d much rather have a vote before the election,” he said.

“We have plenty of time to do it.”

Ginsburg died on Friday of complications from pancreatic cancer at age 87.

Trump’s announcement would come before Ginsburg is due to be buried privately at Arlington National Cemetery next week.

Officials have arranged for a public viewing of her body outside the Supreme Court on Wednesday and Thursday and inside the US Capitol on Friday.

Ginsburg’s death gives Trump and his party an opportunity to establish a 6-3 conservative majority on a court whose decisions influence many spheres of American life including abortion, healthcare, gun rights, voting access, presidential powers and the death penalty.

With Republicans holding a 53-47 majority in the Senate, it would require at least four of them to break ranks to stop the nomination from going through. Two Republican senators — Maine’s Susan Collins and Alaska’s Lisa Murkowski — said over the weekend that the chamber should not move forward with a Trump nominee before the election.

Democrats had hoped to get similar support from Gardner, who faces a tough re-election race in Colorado, and Grassley. But both men said on Monday they would vote to confirm a qualified Trump pick.

Republican Senator Mitt Romney, who has clashed with Trump and is seen by Democrats as a potential holdout, avoided questions about the Supreme Court seat on Monday.

“Before I have any comment, I’m going to meet with my colleagues, which I’ll be doing tomorrow,” Romney, the party’s 2012 presidential nominee, told reporters.

Democrats have accused Senate Majority Leader Mitch McConnell of hypocrisy for being eager to bring a Trump nominee to a confirmation vote. In 2016, he refused even to consider Democratic President Barack Obama’s nominee to fill a vacancy on the court left by the death of conservative Justice Antonin Scalia, saying it would be inappropriate to do so during an election year.

McConnell, who has prioritized confirming Trump’s judicial appointments, said he would usher through a vote this year, although he did not say exactly when.

“The Senate has more than sufficient time to process a nomination. History and precedent make that perfectly clear,” McConnell said on the Senate floor.

A new Congress will not be sworn in until Jan. 3. Democrats are hoping to win control of the Senate in the election.

“That was Justice Ginsburg’s dying wish. And it may be the Senate’s only, last hope,” Schumer said.

Trump said without evidence that he did not believe the National Public Radio report that Ginsburg had told her granddaughter she did not want the Senate to consider a successor until next year, when either Trump will begin a second term or Democratic rival Joe Biden, who leads in opinion polls, will take office.

“It was just too convenient,” Trump said.

Speaking of the possible candidates, Trump said: “They’re all outstanding but I have one or two that I have in mind.” He called Barrett “very respected”.

He said he might meet with Lagoa in Miami later this week, adding: “I don’t know her but I hear she’s outstanding.”

Obstacles loom for either candidate in the bitterly divided Senate.

Barrett could face opposition from Collins and Murkowski over concerns that she would roll back abortion rights, said a source familiar with the confirmation process who spoke on condition of anonymity.

Lagoa, a Cuban American from the battleground state of Florida, is not as well known, which could slow down the confirmation process.