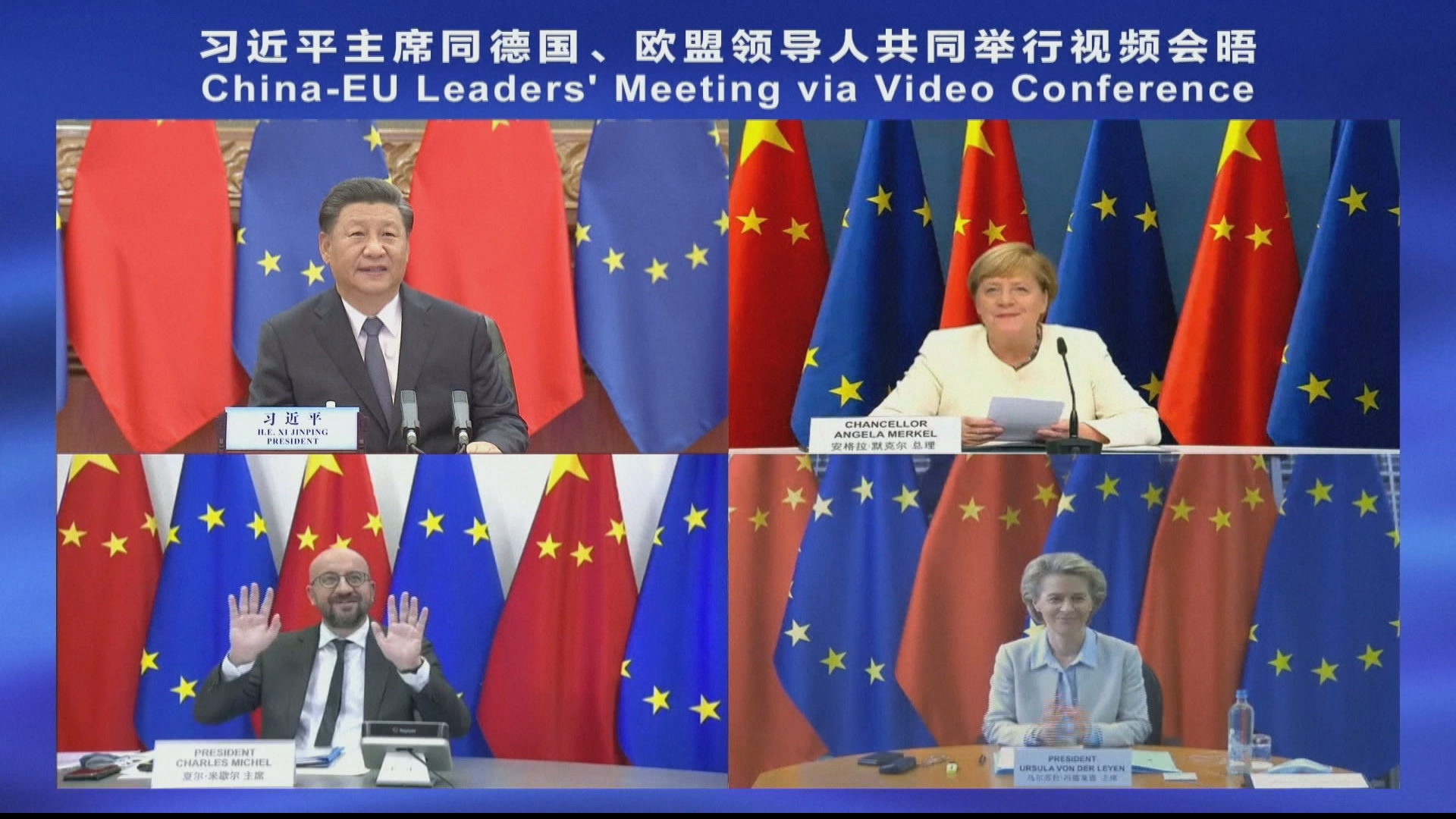 EU-China leaders’ meeting via videoconference on Monday ended without a common statement. A joint press release by the EU leaders was issued.

The meeting had been preceded by the signature of a bilateral agreement to protect 100 European Geographical Indications (GIs) in China and 100 Chinese GIs in the EU against usurpation and imitation. The agreement should bring reciprocal trade benefits as well as introducing consumers to guaranteed, quality products on both sides.

“We strive for a relationship that delivers on our mutual commitments. That generates concrete results for both sides,” remarked European Council President Charles Michel after the meeting (14 September). “Results that are also good for the world. In some areas, we are on the right track. In others, more work needs to be done.”

The meeting covered a range of issues concerning trade and investment, climate change and biodiversity, COVID-19 response, and international affairs and human rights issues, and a breakthrough on any of them was hardly expected. For the two sides, the meeting was rather an opportunity to express their positions and expectations.

According to Michel, the EU also raised the possibility of access by independent observers to Chinese regions where the human rights situation for minorities has been criticised by the EU. China considers the criticism as interference in its domestic affairs. The two sides agreed that a Human Rights Dialogue will take place as a physical meeting in China later this year.

In the joint press release by the EU leaders, Council President Michel, Commission President von der Leyen and German Chancellor Merkel, stated that the meeting was important to maintain the momentum of EU-China high-level exchanges in order to achieve concrete results in line with EU interests and values.

At the following press conference with the three EU leaders, the Commission President described the talks as “frank, open, constructive and intense”, with focus on the trade parts. “We expect that trade barriers will be lifted,” she said. Chancellor Merkel added that trade relations have improved in recent years and that the time was ripe for China to heed EU’s calls for a level playing field.

With regard to the negotiations for an ambitious EU-China Comprehensive Investment Agreement (CAI), both sides registered progress on the rules regulating the behaviour of State-owned-enterprises, on forced technology transfer and on transparency of subsidies. All are parts of the investment agreement to be finalised.

The EU emphasised that more work was urgently needed on the issues of rebalancing market access and on sustainable development and called on China to step up its ambition on these issues. According to the press release, the two sides reaffirmed their objective of closing the remaining gaps before the end of the year but that remains to be seen.

On climate change, Michel said that, “China is a key global partner in reducing global greenhouse gas and tackling climate change. And we encourage China to be even more ambitious. The EU is setting the bar high — carbon neutrality by 2050.” EU expects also China to set a date for climate neutrality.