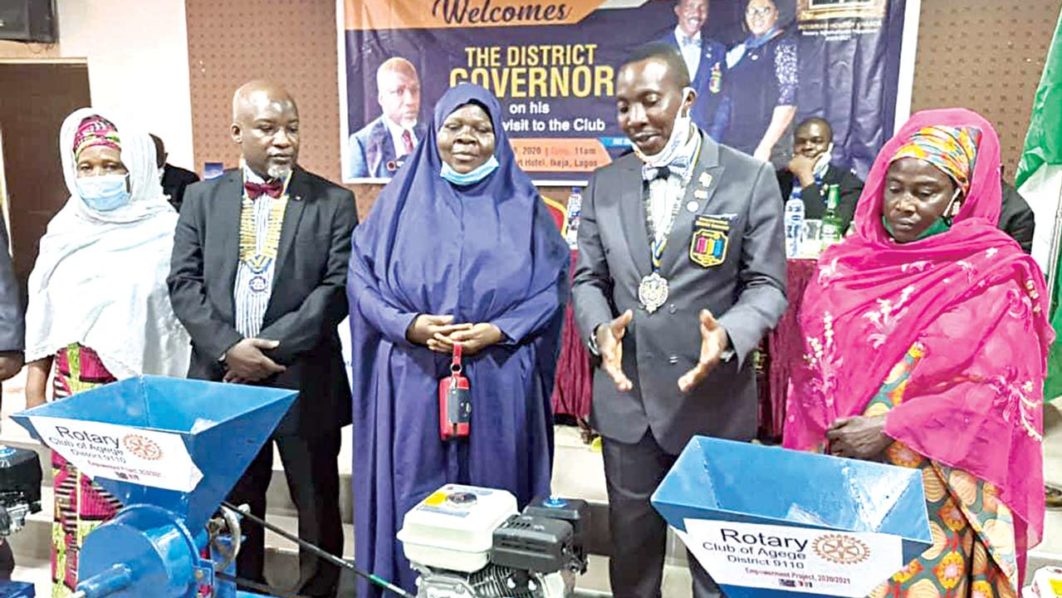 Rotarians in District 9110 are set to commission an ultra-modern test centre for prostate cancer in Ogun State as part of its social responsibility to help individuals suffering with the ailment.

This was disclosed by the District Governor, Bola Oyebade, during his official visit to the Rotary Club of Agege on Wednesday. According to him, this is in addition to the ongoing free community screening for prostate cancer ongoing in both Lagos and Ogun states to help many men, especially above 40 years, to determine their status as a means of combating the grim statistics of more than 30,000 deaths every year from prostate cancer complications.

Oyebade stated that since prostate cancer kills many men around the world, it is important for every man to know his status early enough before it gets to a critical stage.

The District Governor also presented three grinding machines to women as part of the club’s support to help some indigent persons start up their businesses under its SMEs scheme.

One of the beneficiaries, Sulaimon Temitope, said since the outbreak of the pandemic, surviving had been very difficult for her and her children due to insufficient means of income, but with the empowerment, she would be able to cater for the family.

While speaking on the club’s projects to alleviate poverty in Agege community, president, Lukman Akande, said: “We intend to give scholarships to at least two brilliant but indigent students besides our immensurable contribution to the District Education and Welfare Endowment Fund (DEWEF).”