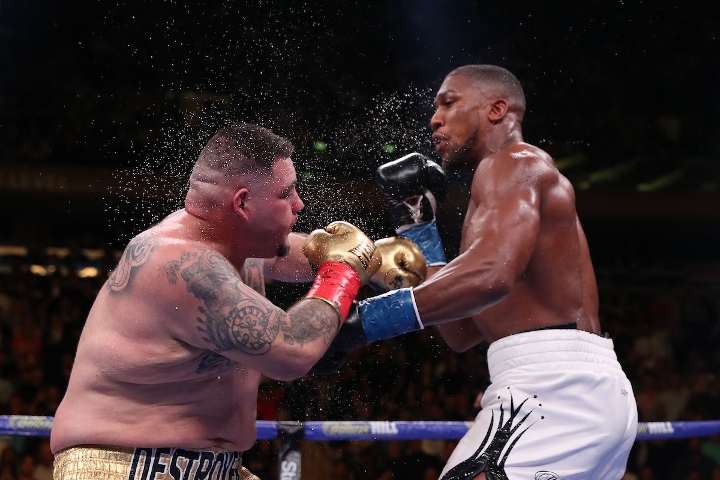 Anthony Joshua suffered the heavyweight shocker of the century when Andy Ruiz knocked him out last June.
Joshua (23-1, 21 KOs) immediately saved face and regained his WBO, WBA, IBF and IBO titles in December during a rematch with Ruiz. The 30-year-old reflected on his whirlwind 2019 and admitted there were plenty of learnings to take away from his first professional defeat, saying that some of the flaws he showcased furthered the sentiments that were previously shared before the portly Ruiz knocked him out, reports boxingscene.com.

“There were certain things I was talking about perhaps two years ahead of that loss, and the defeat just showcased them,” Joshua told GQ Magazine.

“I know people say crazy things like, ‘Oh, we were planning on that loss,’ but it really was a blessing in disguise. It highlighted everything I had been concerned about. After that it was simple: these are the changes I’ve been talking about, now you need to listen.”

Joshua said he changed everything after that first fight, including his fighting style and physique. While Ruiz walked into the fight 15 pounds heavier, Joshua stepped on the scales a lean 237 ½ pounds, which was considerably lighter than the 247 ¾ he weighed six months before the rematch.

Joshua also did not engage in a slugfest with Ruiz in the sequel, which proved to be the best blueprint he could move forward with to ensure he would regain his titles and force the critics to back off.

The British boxer simply outboxed the first ever Mexican heavyweight champion in boxing history and kept him at range with a slick jab in an efficient 12-round unanimous decision win. He used a strategy of size, feints and feetwork to control the center of the ring, sticking and moving as he pleased for his redemptive moment.

“Losing to Andy made me rethink and restructure. I took the positives out of it, but it wasn’t easy. My training camp was six weeks of pure hell,” said Joshua. “I had new team members, I had injuries I was trying to overcome. There were so many different issues. But we got there in the end through will, determination and intelligence.”