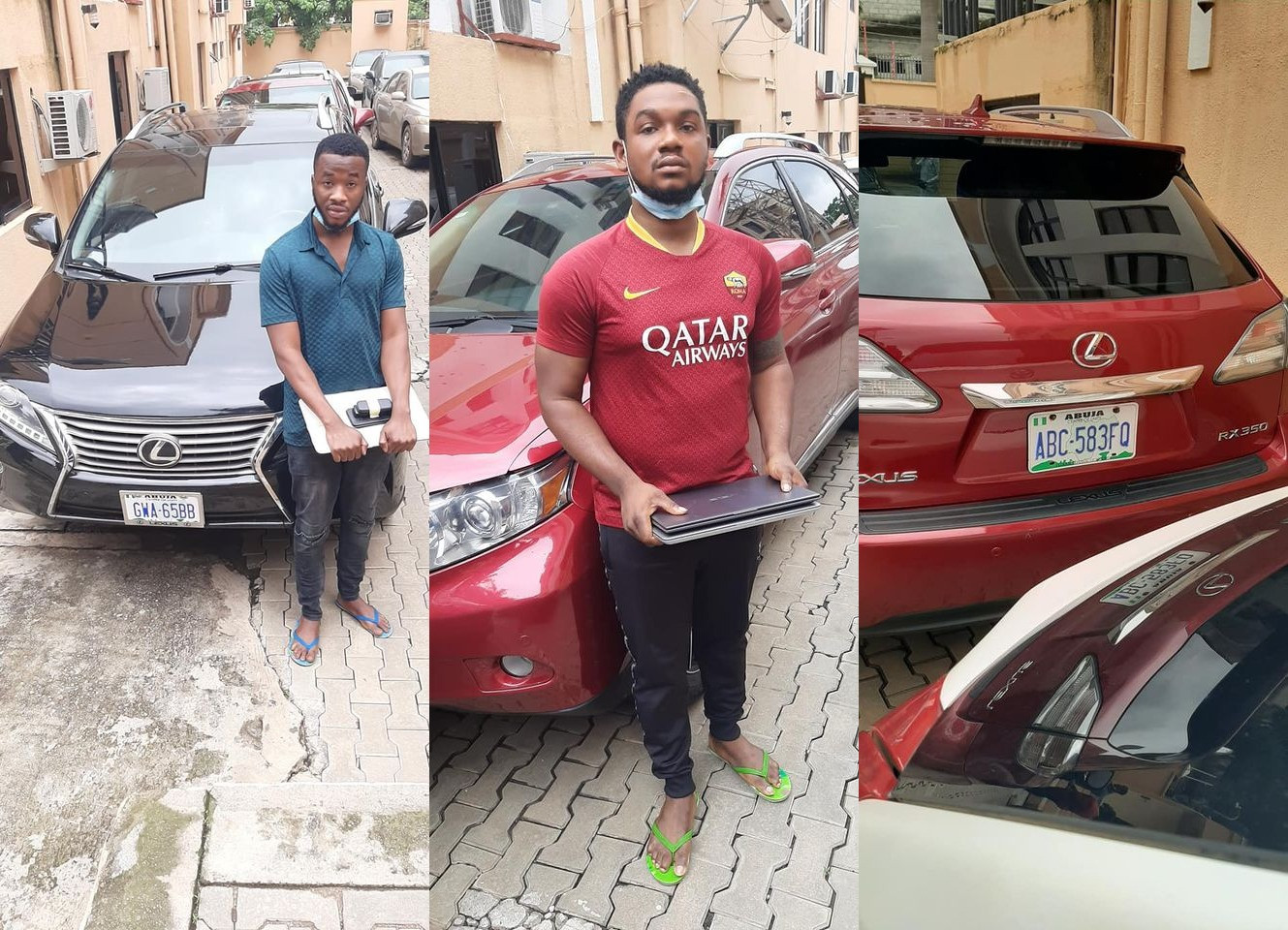 The Abuja zonal office of the Economic and Financial Crimes Commission, (EFCC), has arrested three suspected internet fraudsters, popularly known as ‘Yahoo Boys’, in the Federal Capital Territory (FCT), for their alleged involvement in romance scam, identity theft and other internet-related fraud.

The suspects, Ajayiton Harry (27), Okoro Daniel (28) and Oziegbe Precious Ehijele (27), were arrested in their hideout in Flat G2, Plot 334, Dawaki, behind News Engineering, Abuja, following intelligence volunteered by concerned citizens in the area.

The Spokesman for the EFCC, Mr Dele Oyewale, who made the revelation in a statement made available to journalists on Monday, listed the items recovered from the suspects to include two Lexus R350 SUV, three laptops and expensive phones.

Oyewale said that the suspects would be charged to court as soon as investigations are concluded.

In a related development, the Uyo zonal office of the Commission said it has arrested three suspected land scammers and one Internet fraudster in the state.