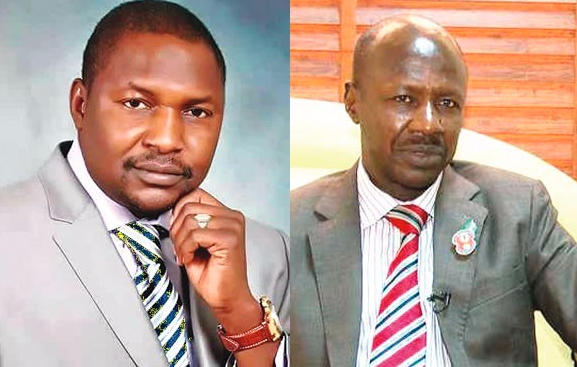 A United Kingdom Commercial Court said on Friday there was evidence of $700,000 (N301 million) bribe in the purported Gas Supply and Processing Agreement between the Federal Government and the Irish firm, Process and Industrial Developments (P & ID).

The court granted the federal government more time to appeal against the $9.6 billion arbitral award delivered in favour of P&ID over the controversial agreement.

In granting Nigeria’s prayer, Justice Ross Cranston of the Business and Property Courts of England and Wales declared: “Nigeria’s case in brief is that it has established a prima facie case of fraud against P&ID, which justifies the extension of time and will give it the opportunity to establish at trial its full ramifications for the arbitration.”

Nigeria had requested an extension of the time to appeal against the award after missing the initial 28 days deadline.

The Presidency on Friday hailed the ruling as right and just while Attorney-General of the Federation and Minister of Justice, Abubakar Malami (SAN), called it a victory against “vulture-fund-backed P&ID.”

The Irish firm had sought the amount as compensation for a project it claimed it invested about $40 million in.

Justice Ross Cranston also took notice of the fact that Malami and the Economic and Financial Crimes Commission (EFCC) did an excellent job in investigating P&ID.

The minister had criticised the suspended Acting Chairman of the agency, Mr. Ibrahim Magu, for alleged poor handling of the probe of P&ID, and it was one of the reasons Magu was suspended and subsequently investigated.

In the judgment made available to THE NATION, Sir Ross Cranston identified those involved in the bribery scandal as a former minister, some top officials of the Ministry of Petroleum Resources, a Senior Advocate of Nigeria, a legal director with the Nigeria National Petroleum Corporation (NNPC) and two members of the Technical Committee which recommended the agreement with P$ID.

Although the names of Nigerians linked with the bribe scandal were listed in the judgment, some of them are still standing trial.

A former top official of NNPC admitted receipt of $100,000 for his expenses while a female director confirmed a favour of $100,000.

“Mr. Nolan’s explanation for this in his statement did not bear scrutiny; there was expert evidence that quite apart from money-lending considerations, the oil and gas sector did not operate in the informal sector.

“Mr. Howard’s case was that it could be inferred, against the background of strong evidence of bribery and corruption by P&ID, that this cash was used to pay bribes to Nigerian officials…

“Mr. Mill’s response to this was that following the entry into the GSPA, in the two years until the commencement of the arbitration, P&ID was pressing the government to implement its side of the bargain in forums which made it highly unlikely that all the participants were a party to the alleged fraud.

“For the reasons already given, Nigeria has to my mind a strong prima facie case in fraud in its serious irregularity challenge.

“With that as background, I find persuasive Mr. Howard’s submission that the fairness factor does have an impact in challenges where there is strong prima facie evidence of fraud, certainly of the through-going character alleged in this case.

“Not only is the integrity of the arbitration system threatened, but that of the court as well, since to enforce an award in such circumstances would implicate it in the fraudulent scheme.

“The delay in this case is extraordinary and weighs heavily on the side of the balance against an extension. In my view, however, other factors bring it down in favour of an extension.”

The judge insisted that Nigeria had acted reasonably in asking for extension of time to make its case against P&ID.

He also declined imposition of sanctions on Nigeria as argued by P&ID’s counsel.

He added: “As I have explained, the delay is not in my view the result of a deliberate decision made because of some perceived advantage, and in all the circumstances, Nigeria has acted reasonably.

“Given the strong prima facie case of fraud which I have concluded Nigeria has established, the position is along the lines of that identified in Terna, where Popplewell J identified the substantial injustice an applicant would suffer in respect of the underlying dispute if deprived of the opportunity of making a challenge should an extension of time be refused: Terna Bahrain Holding Company WLL v Bin Kamil Al Shamsi [2012] EWHC 3283 (Comm), [2013] 1 Lloyd’s Rep 86, [33].

“For the reasons I have given, P&ID has contributed to the delay, and it will not by reason of the delay suffer irremediable prejudice in addition to the mere loss of time if the application is permitted to proceed. Although not a primary factor, fairness in the broadest sense favours an extension in this case.

“For the reasons given, I grant Nigeria’s applications for an extension of time and relief from sanctions.

On alleged bungling of investigation of P&ID by the suspended Acting Chairman of EFCC, the judge said AGF Malami admitted in his statement that “despite his criticisms of Magu’s personal handling of the EFCC investigations into P&ID, the investigation itself made excellent progress.”

He said: “After the hearing, I received written submissions relating to the role of acting chairman of EFCC, Mr. Ibrahim Magu. On 5 June 2020, the Attorney General, Mr. Malami, had sent a letter to President Buhari headed “Flagrant abuse of public office and other infractions committed by Mr. Ibrahim Magu, acting chairman of the Economic and Financial Crimes Commission.

“In the course of the letter the Attorney General stated that as regards the investigation of P&ID, although he had passed on the President’s direction in June 2018, the EFCC ‘did not accord this presidential directive with any serious attention until a year after around July/August when the scale had already tilted dangerously against Nigeria.’

“In view of the delay, the Attorney General continued, he had involved the police. That had prompted Mr. Magu to prosecute charges against P&ID, but without recourse to the wider team.

“Mr. Magu was detained on 6 July, 2020 and a panel is investigating matters. On 31 July, 2020, after the hearing before me, a Nigerian news outlet, The Cable, published what purported to be a copy of the Attorney General’s letter of 5 June 2020 and the reply of Mr. Magu. In Mr. Magu’s reply, he says that the EFCC investigation was conducted expeditiously in 2018-2019, and that a staggering and unprecedented volume of work was done in less than a year.

“After The Cable report, on 4 August, 2020, the Attorney General wrote again to the President under the same heading. He sought to clarify that his complaint was against Mr. Magu and his lack of support within the EFCC for the P&ID investigation.

“The EFCC had begun the investigation, he said, but it had taken a lot of coercion from his office to have the investigation progress. Under Mr. Magu, said the letter, the EFCC did not share information with the Attorney-General’s office or the police.

“In a further statement for the court, Mr. Malami states that he has never seen what is reported as Mr. Magu’s letter and his understanding is that the President has never received it. He states that despite his criticisms of Mr. Magu’s personal handling of the EFCC investigations into P&ID, the investigation itself made excellent progress.”

The Presidency yesterday described the judgment as right and just.

Reacting to the judgment in a statement issued by the Senior Special Assistant to the President on Media and Publicity, Mallam Garba Shehu, the Presidency said the ruling had clearly shown that earlier $10 billion judgment debt was an attempt to defraud Nigeria.

His words: “The Presidency welcomes the judgment by the UK Court granting Nigeria’s application for an extension of time and relief from sanctions in a $10 billion arbitration case with Process and Industrious Development Limited (P&ID) in Nigeria.

“In our view, the judgment is right, just and provides a strong prima facie case that the fraudulent gas deal with P&ID and the subsequent judgment debt of $10 billion against Nigeria was a clear attempt to cheat the country of billions of dollars by a company that had not invested one Naira in our country.”

The Presidency drew attention to the following quotes by the judge: ”Nigeria has established a strong prima facie case that the Gas Supply and Processing (GSPA) was procured by bribes paid to insiders as part of a larger scheme to defraud Nigeria.

“There is also a strong prima facie case that that (P&ID) main witness in the arbitration, Mr Quinn, gave a perjured evidence to the Tribunal, and that contrary to that evidence, P&ID was not in the position to perform the contract.”

The Presidency, however, expressed delight with the processes that led to the outcome in the English Court, noting that it has given relief to the Nigerian government to further protect Nigeria’s national assets from criminally-minded organisations and individuals.

“The views of the UK court thus provide sufficient grounds for the Federal Government to go ahead and challenge the frauds perpetrated by the company and overturn the arbitration award.

“President Muhammadu Buhari therefore commends the team of lawyers who represented Nigeria in the matter with P&ID, and reassures all well-meaning Nigerians and the international community of his unwavering commitment to fight corruption in all its forms and manifestation.”

In a statement last night, the Attorney-General of the Federation and Minister of Justice, Abubakar Malami said the judgment was a victory against the vulture-fund-backed P&ID.

The AGF commented on the judgment through a statement by his Special Assistant on Media and Public Relations, Dr. Umar Jibrilu Gwandu.

He said the Court has allowed the Federal Republic of Nigeria (FRN) to bring this challenge well outside the normal time limits, due to the exceptional circumstances where the FRN has uncovered evidence of a massive fraud in procuring the award.

“The Court heard evidence from the FRN and the offshore shell company P&ID in relation to the gas supply and processing agreement (GSPA), which the parties entered into 10 years ago and which was never performed.

“The Buhari Administration, having inherited this dispute from the previous administration, only recently uncovered evidence that the GSPA was a sham commercial deal designed to fail from the start, and that its subsequent arbitral award was based on fraud and corruption.

“The FRN relied on a number of ongoing investigations across multiple jurisdictions, including the US, to build its case. During the hearing, new evidence was presented to further support Nigeria’s challenge.

“The FRN will now proceed to a full trial of the issues, where the FRN’s substantive application to finally set aside the award will be heard, thereby recording a major success considering the fact that the Federal Government exceptional circumstances application to have its challenge taken well outside the normal time limits is upheld on account of uncovered evidence of massive fraud in procuring the award.

“The Federal Republic of Nigeria is pleased with the outcome from the High Court hearing today. This is a major victory in our ongoing fight against the vulture-fund-backed P&ID, to overturn the injustice of the multi-billion dollar arbitral award.

“In the light of the new and substantive evidence presented regarding P&ID’s fraudulent and corrupt activities, the Court has granted our application for an extension of time to hear our challenge out of normal time limits.

“The Federal Government will now proceed to a full hearing of our fraud challenge in the coming months. Investigations into the GSPA are ongoing, and we are firmly committed to overturning the award – no matter how long it takes – to ensure that this money goes towards Nigeria’s future, not into the pockets of millionaires trying to exploit our country.”