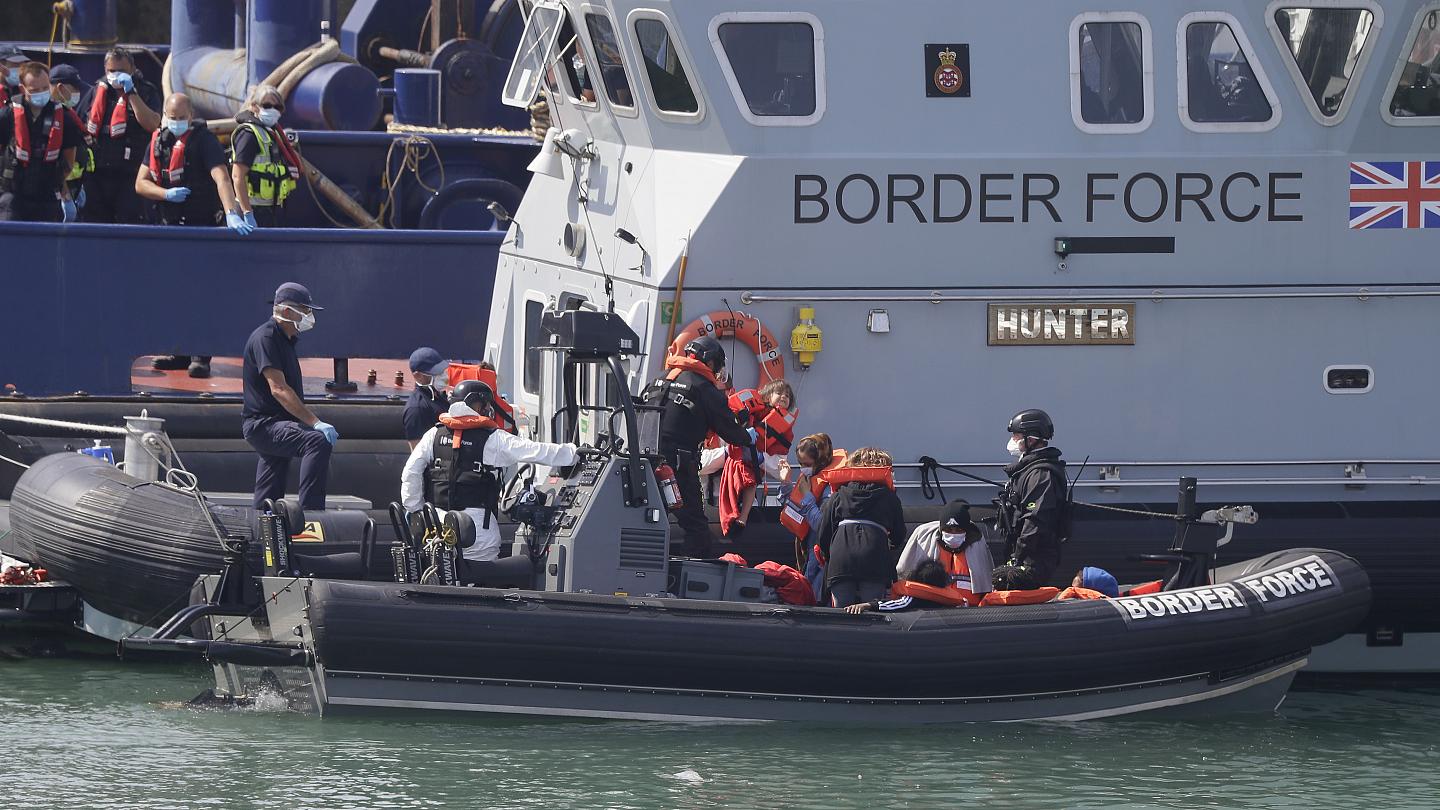 Some migrants crossing the English Channel are being forced onto small boats by criminal gangs in France and don’t even want to come to the UK, British MPs have been told.

The former Royal Marine commando recently-appointed to try to stamp out the dangerous journeys said in many cases the travellers were at the mercy of smugglers and unaware of their destination.

Dan O’Mahoney, the UK’s Clandestine Channel Threat Commander, was giving evidence to the parliamentary Home Affairs Committee the day after a record number of migrants — more than 400 — were picked up after crossing the sea in small vessels.

“We hear a lot of stories about migrants who are literally forced on to boats, have no idea where they are when they get to the UK, because the facilitators don’t get paid until they’ve done that last leg of the journey,” he said.

“There is a huge misinformation campaign going on with the facilitators who tell them that the streets are paved with gold in the UK.”

The Home Office (interior ministry) estimates that more than 5,600 migrants have crossed the English Channel by sea in small boats this year. The committee is investigating migration and asylum-seeking routes into the UK, as well as the government’s approach to organised crime and cooperation with other countries.

O’Mahoney, who has been liaising with the French authorities, praised their efforts to combat the problem.

“They are as committed as we are. They have prevented 3,000 people from crossing this year, including yesterday close to 200,” he said. In one case on Wednesday, he added, the French stopped a large inflatable boat with 63 people on board from leaving the beach.

However, he added that the number of crossings was still far too high. The UK has been working with France under a beefed-up plan to make the route unviable.

“In the first five months of the year, we referred over 1,200 pages related to organised immigration crime to social media companies for closure,” Rob Jones told MPs. “Of those, 578 were closed and 485 were rejected as not breaching terms and conditions.”

Migrants and refugees have long used northern France as a launching point to try to reach England. Many of them come from some of the poorest and most conflict-torn zones in the world, having travelled from the Middle East, Africa or Asia.

The government says 98% of this year’s new arrivals have claimed asylum and around half of those who have landed in recent months have had their requests examined. Of those, 20% of claims have been successful, 10% have been dismissed, while the others are not seen as coming under the UK’s remit.

The UK has been seeking to return migrants crossing the Channel to the continent; 11 recent arrivals were reportedly returned to Spain on Thursday.

The government blames current asylum rules for the relatively low number of people who are returned to the continent. Under EU law — still being followed by the UK during the 11-month post-Brexit transition period — asylum applications can be transferred to the first member state the migrant entered.

But the British government says the so-called Dublin regulations — which will cease to have effect in the UK from next January — are vulnerable to abuse.

It wants a new agreement, but the EU however has reportedly rejected British proposals for a post-Brexit agreement to allow asylum-seekers to be returned to other countries.

This raises the prospect that there may be no legal mechanism for the UK to send asylum-seekers back to other European nations.

Human rights groups have criticised the government’s stance and the toxic nature of the migration debate. They have called for safe routes to be established for those seeking refuge.

Former England footballer and TV presenter Gary Lineker has said he is ready to host a refugee in his house, according to the charity Refugees at Home.

According to EU statistics, the number of first-time asylum applications per million of population in the UK (158) was less than half the EU average (336) in the first quarter of 2020.

In Greece — where the figure was 1,869 applicants per million — a European effort is underway to transfer children from overcrowded migrant camps to other countries.

A flight carrying 31 children and their close relatives — 118 people in all — arrived at Hanover in Germany on Thursday, the country’s interior ministry said. It followed three previous transfers since July.

Germany has agreed to take in more than 900 people, including 243 children who need medical treatment.

Children also have been transferred to Luxembourg, Ireland, Portugal, Finland, Belgium and France, according to the German interior ministry.