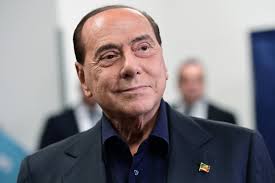 In a statement, officials from his political party, Forza Italia said that 83-year-old Berlusconi, a media tycoon and former political heavyweight, was now in isolation at his home in Arcore near Milan.

His personal doctor, Alberto Zangrillo, also confirmed that the politician was “asymptomatic”.

Staff added that the former premier and current president of Forza Italia would be working from home during quarantine, and would continue to contribute to the campaigns of local candidates of his party in local elections scheduled for this month.

Berlusconi had recently returned from a holiday in Sardinia which saw a spike in COVID-19 cases in August.

Italy, which was the first European country to impose lockdown restrictions, was one of the worst-hit countries on the continent with 272,000 positive cases of coronavirus recorded and more than 35,000 deaths.

A spike in cases in August has been blamed on nightclubs and social gatherings after 600 new infections were recorded on Saturday and almost 800 more on Sunday.

The Italian government moved to make masks compulsory between 18.00 and 6.00 in a bid to curb the soaring number of new cases.

Authorities also partially blamed the rise in positive cases on holidaymakers after instances of infections were noted uniformly across the country.

Politicians across the political spectrum in Italy took to Twitter to express their best wishes to Berlusconi, who served as prime minister in four governments and as a member of the European Parliament.

Matteo Salvini, leader of La Lega and former interior minister, tweeted: “Best wishes for a speedy recovery and an affectionate hug to his friend Silvio Berlusconi.”

The National Secretary of the governing Democratic Party, Nicola Zingaretti, posted: “I want to wish Silvio Berlusconi a speedy recovery on behalf of the whole community of democrats. He will fight this battle hard too. See you soon!”

Berlusconi has proven to be a controversial figure with his tenures as prime minister marred with corruption and sex scandals. In 2012, he went on trial accused of allegedly paying for sex with an underage prostitute at his now infamous “bunga bunga” parties.