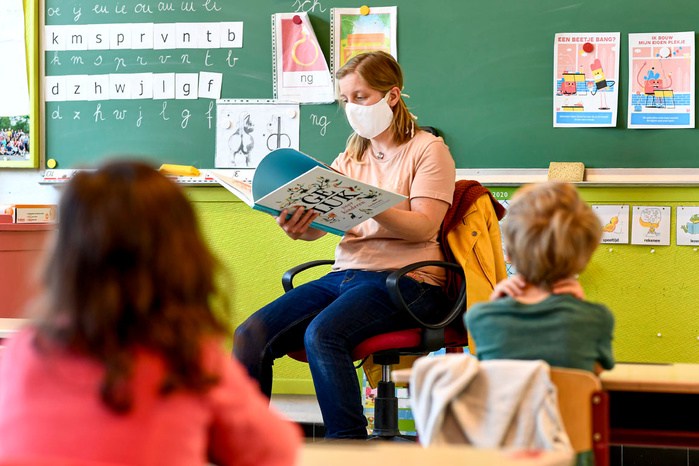 The return to school next week will be a “challenge” for Belgium as the rates of new coronavirus infections have not declined to a level desired by experts.

“It is a reality — we are going to open the schools at a time when there are still a lot of infections in society and that is a challenge,” Pierre Van Damme an infectious disease and vaccinology expert at the University of Antwerp told De Morgen.

Throughout the week, the average number of daily infections recorded across the country has lingered around the 450-mark, sitting at 477 on Friday.

While infection rates reported by health institute Sciensano throughout the week show that the epidemic is slowing down in the country, an average of 400 new daily cases is still too high for some experts.

“To be honest, that is not the ideal situation to have large mass gatherings, such as the opening of the schools,” Van Damme said.

But the current scenario is consistent with what virologists at health institute Sciensano had predicted based on current trends.

After authorities said students in Belgium would be able to return to school five days a week, according to previous plans, Sciensano virologist had said that current trends suggested that Belgium would still be recording an average of 400 daily cases by the time students went back to the classroom.

Van Gucht had previously said that, in the ideal back-to-school scenario, there would be an average of 100 new daily cases.

From Tuesday, schools will reopen under a yellow-code scenario, which will mean they will be attending school five days a week.

The yellow scenario is one of four levels of risk defined in a colour-coded system by Belgium’s education ministers in June.

The measures mean that only teachers and students in secondary school will be subject to the mandatory use of masks, with Van Damme also stressing the importance of self-isolation for kids returning from a trip abroad.

“Those people must absolutely adhere to the measures,” he said. “It is very important that these people get tested, adhere to quarantine, and keep their distance from others.”

Under this scenario, kids returning from red-zones are required to get a coronavirus test and schools have the authority to refuse them if they have not completed the mandatory quarantine.