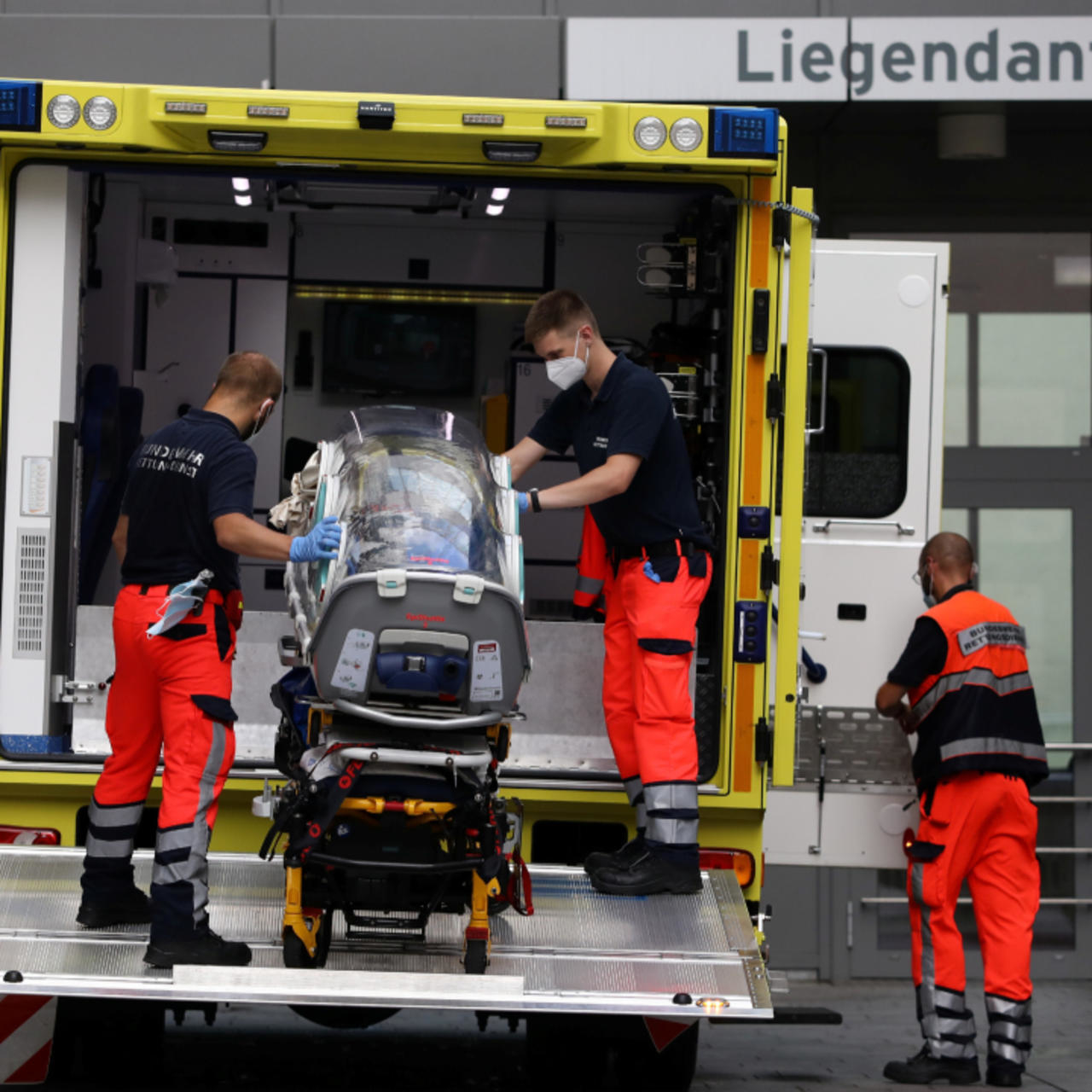 Medics treating Kremlin critic Alexei Navalny in Germany say tests show there is evidence that he was poisoned.

In a statement released on Monday, the team of doctors at the Charité hospital in Berlin said they had found “cholinesterase inhibitors” in his system, a broad range of substances that are found in several drugs, but also pesticides and nerve agents.

The specific substance Navalny was exposed to is not yet known, the hospital said, adding that “the patient is in an intensive care unit and is still in an induced coma. His health is serious but there is currently no acute danger to his life.”

Chancellor Angela Merkel, who had personally offered Germany’s assistance in treating Navalny before he was brought to Berlin, called on Russia to investigate the incident.

She said due to his “prominent role in the political opposition in Russia, authorities there are now called upon urgently to investigate this crime in detail and in full transparency”.

“Those responsible must be identified and held accountable,” Merkel said.

The news comes as leaked reports from Russian police suggest the opposition politician was under intense government surveillance during his trip to Siberia before being hospitalised following a suspected poisoning attack, according to claims published by a Russian newspaper.

In an article by the Moskovsky Komsomolets newspaper, police sources detailed the efforts to track the opposition politician’s movements during a stopover in Novosibirsk in a bid to show he was not poisoned in the city.

The newspaper also claims that Navalny had rented seven hotel rooms as well as keeping a safe house, which surveillance teams tracked down through a sushi delivery ordered by one of his associates.

In a post on Twitter, Navalny’s press secretary Kira Yarmsyh confirmed that he and his entourage knew they were being followed.

“The scale of the surveillance does not surprise me at all, we were well aware of it before. But it’s amazing that they did not hesitate to tell everyone about it,” she said.

In an interview with The Guardian newspaper, Yarmysh added: “It [the surveillance] happens all the time when Alexei goes to the regions on a business trip. So the detail doesn’t surprise us at all.

“What is surprising is the fact that they decided to reveal it to the public so casually like it isn’t a big deal to follow ordinary citizens and even claim their bills from the supermarket.”

Navalny, an opposition politician who has been a fierce critic of Russian President Vladimir Putin, was taken ill onboard a flight from Tomsk to Moscow after drinking what his supporters believe was poison-laced tea.

He is now in a stable condition after being airlifted to Berlin’s Charité hospital by plane early on Saturday for tests and further treatment, a move that was initially refused by doctors in Russia.

Supporters believe the decision to block his transfer was a “political decision” which “threatened his life”, an accusation denied by the medical staff who treated him.

In a press conference on Monday, doctors at the hospital in Siberia where Navalny was first admitted before his transfer to Germany said they had not been under “external pressure”.

Alexander Murakhovsky, the chief doctor at the hospital in the Sibernian city of Omsk, said: “No external pressure was exerted on us, on the part of doctors or other forces.”

“We saved his life with great effort and work,” he added.

Medical staff also noted that no traces of poison were found in Navalny’s system in tests carried out at laboratories in Moscow and Omsk.

Navalny’s wife, Yulia Navalnaya, said she “had no confidence” in the local hospital in Siberia. She claimed she had been prevented from seeing her husband as well as the German doctors who arrived in Omsk to transfer him to Berlin.

On Monday, Yarmysh indicated that the police in Tomsk had still not opened an investigation into the suspected attack three days after a complaint had been filed by Navalny’s team.

She tweeted: “The decision to initiate a case according to the law is made in 3 days. The deadline expired at 13.30 Sunday. The case has not yet been initiated.”