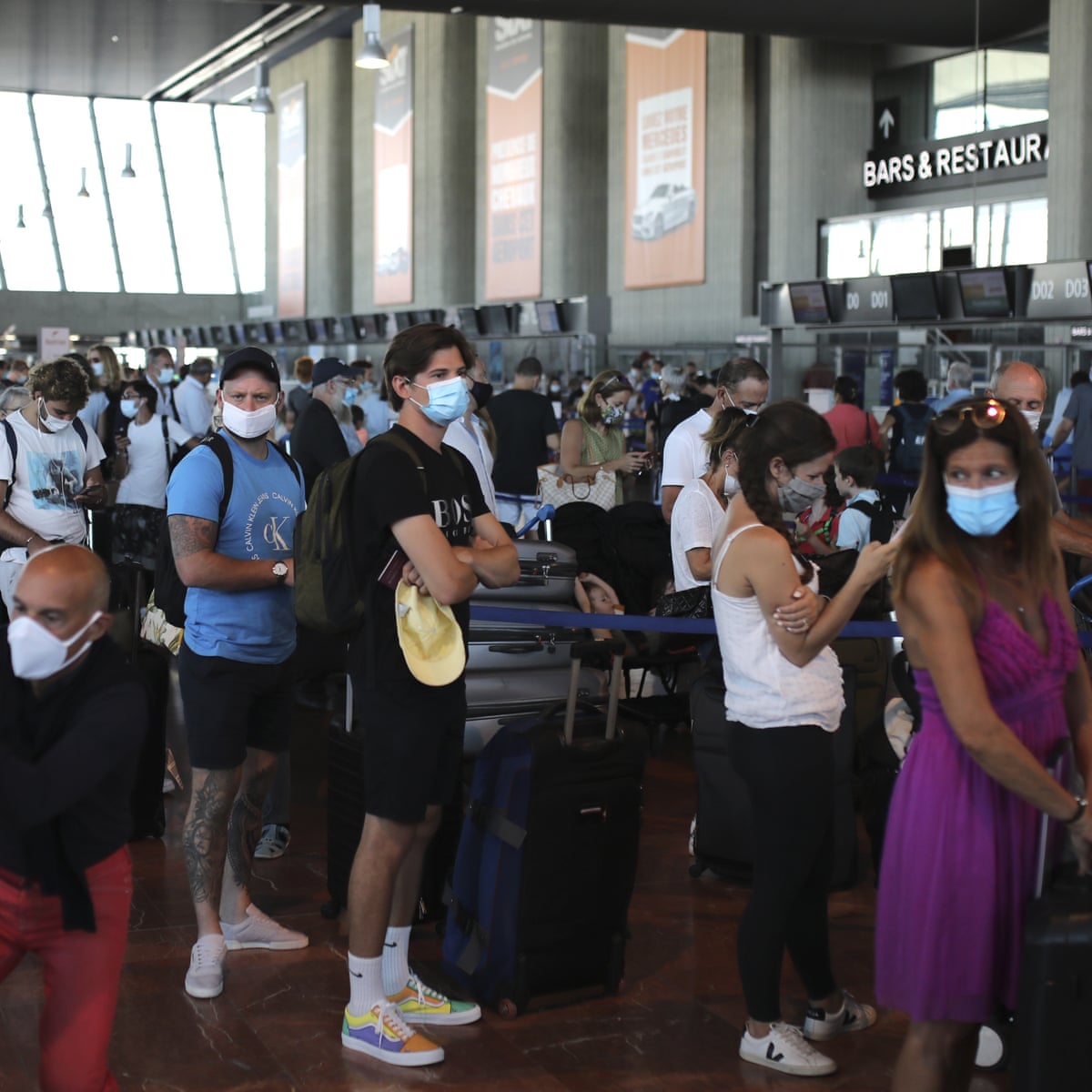 France is expected to announce quarantine requirements for people coming from the UK in a tit-for-tat move as COVID-19 cases surge across Europe.

French authorities warned last week that the country would “apply reciprocal measures” following the announcement by Britain that anyone travelling from France would have to submit to a 14-day self-isolation requirement upon arrival. The UK measure came into force on August 15.

More than 3,000 new cases were reported in France on both Saturday and Sunday, according to the Health Ministry. The country, which has so far recorded more than 218,500 COVID-19 cases and 30,410 deaths, is also investigating 263 clusters.

The UK reported on Sunday morning that it had recorded 1,040 new cases over the previous 24 hours, taking its total number of infections since the beginning of the pandemic to 318,484. More than 41,360 people are also known to have lost their lives.

Authorities in Amsterdam have for now decided not to change their own policy with regards to people coming from the UK but have upgraded the risk for travel to the UK from yellow to orange, stressing that only necessary trips should be taken.

Meanwhile, Bavarian authorities said Sunday they still haven’t been able to contact 46 of more than 900 people who tested positive for the new coronavirus upon entering Germany recently but didn’t receive the results.

The southern German state admitted last week that tens of thousands of travellers returning back home had to wait for weeks to receive their test results — among them the more than 900 who had tested positive but were not aware of it because of the missing results.

The bureaucratic breakdown led to an uproar in Germany over concerns that those who tested positive but were not aware of it could spread the virus to others.

The Bavarian state government said the long delays in getting the results were linked to problems with the software and an unexpectedly high number of people wanting to be tested at newly established test centres, primarily at highway rest stops near the country’s southern borders.

On Saturday, authorities in the state of Rhineland-Palatinate said there had been delays in informing people of their test results in the southwestern state. However, the authorities there were at least able to contact all those who tested positive immediately.

An additional 625 cases were reported across Germany on Saturday, the Robert Koch Institute announced on Sunday. The public health body warned that “in the past few weeks the COVID-19 incidence rate has risen markedly in many federal states”.

North Rhine-Westphalia and Bavaria — the two most populous states — have so far been the most impacted, accounting for nearly half of the country’s total number of infections and fatalities. Germany’s COVID-19 death toll stands at 9,231.

India is fourth most impacted country

Globally, 775,275 people have died from COVID-19, according to a tally by Johns Hopkins University, while more than 21 million are known to have contracted the disease.

More than 50,000 people have died from COVID-19 so far in India, the country reported on Monday. More than 900 people died in the past 24 hours, according to figures from the Ministry of Health.

The South Asian giant has recorded 50,921 deaths from Covid-19 since the start of the epidemic, or 941 more than the day before, the ministry said on its website.

Last week, India overtook Great Britain and became the fourth country in the world where the pandemic has claimed the most deaths, behind the United States, Brazil and Mexico.

With 2.6 million official cases of Covid-19, the country of 1.3 billion inhabitants is the third nation in the world with the most contamination, after the United States and Brazil.

Due in particular to a low screening rate, experts consider these figures to be underestimated.

Despite the rise in the number of deaths, the health ministry tweeted on Sunday that India’s death rate from the virus was “one of the lowest on the planet”, standing at less than 2%.

“The successful establishment [of a policy] of aggressive testing, comprehensive monitoring and effective treatment through a series of measures has also contributed to the high level of (people) recovering” from the virus, the ministry added in a statement.

India introduced a brutal national lockdown at the end of March, which it lifted in early June in an attempt to revive a bloodless economy. However, many restrictions and quarantine measures between different Indian states remain in place.

Japan’s economy shrank at an annual rate of 27.8% in April-June, the worst contraction on record, as the coronavirus pandemic slammed consumption and trade, according to government data released Monday.

The annual rate shows what the number would have been if continued for a year.

Japanese media reported the latest drop was the worst since World War II. But the Cabinet Office said comparable records began in 1980. The previous worst contraction was during the global financial crisis of 2009.

The world’s third-largest economy was already ailing when the virus outbreak struck late last year. The fallout has since gradually worsened both in COVID-19 cases and social distancing restrictions.