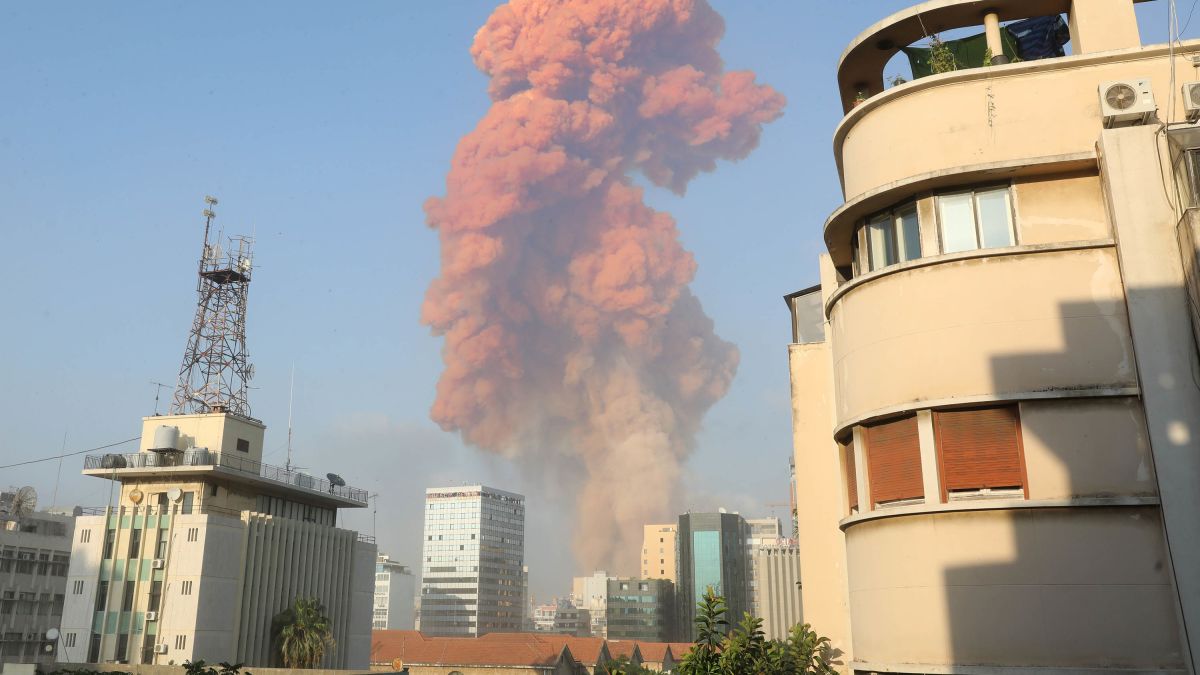 A massive explosion ripped through the Lebanese capital Beirut on Tuesday, injuring many people and blowing out windows in buildings across the city.

The source of the explosion was initially believed to be a major fire at a warehouse for firecrackers near the port in Beirut, the state-run National News Agency reported.

The blast sent up a huge mushroom cloud-like shockwave and damaged buildings miles from the port, including the headquarters of former Prime Minister Saad Hariri and CNN’s bureau in downtown Beirut.

A red cloud hung over the city in the wake of the explosion as firefighting teams rushed to the scene to try to put out the fire. Large numbers of people were wounded in the blast, authorities said, and footage from the scene captured the injured staggering through streets in the capital.

The country’s health minister ordered all hospitals in the area to prepare to receive injuries.

Homes as far as 10 kilometers away were damaged, according to witnesses. One Beirut resident who was several kilometers away from the site of the blast said her windows had been shattered by the explosion. “What I felt was that it was an earthquake,” Rania Masri told CNN.

“The apartment shook horizontally and all of a sudden it felt like an explosion and the windows and doors burst open. The glass just broke. So many homes were damaged or destroyed.”

See the photos below: