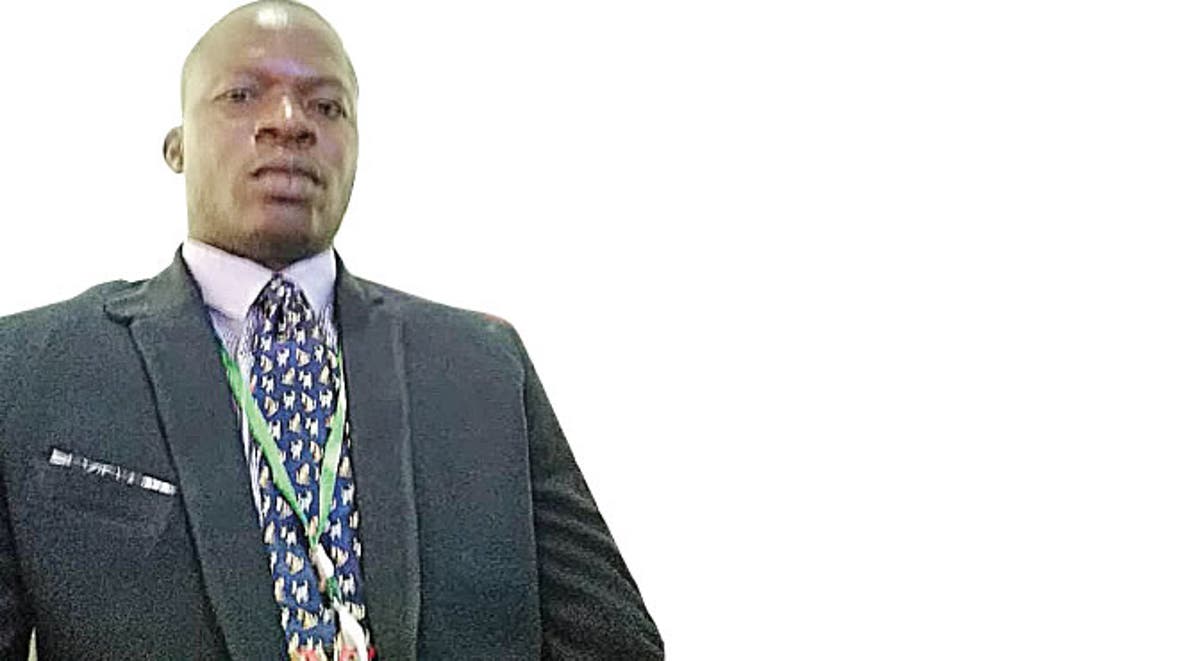 The Chairman, National Association of Government General and Medical Dental Practitioners, Ekiti State chapter, Dr Kolawole Adeniyi, speaks with ABIODUN NEJO about the four-week strike embarked on by doctors in the specialist and general hospitals, and PHCs in the state

What has been your experience as a medical practitioner in the employ of Ekiti State?

For me, being a medical doctor is a career fulfilment. It is what I chose and I am happy about it because I have been looking forward to it from my childhood. But being a medical practitioner working for Ekiti State Government has not come without its challenges. There is no freedom of practice as we were taught in medical school. We have been having issues all along on things that ordinarily should not have bothered us. The joy of the job is when you finish working and you see your patients smiling. They come in with problems and they should leave with joy in their hearts. That is the beauty of the profession, especially when you find yourself in an environment where you can actually practise without any issues and with fulfilment. These were my expectations. But in Ekiti State, it is not so. What you see is a doctor doing the job of seven or eight doctors, working with limited resources and seeing patients under unfavourable conditions.

What are these conditions?

They are the reasons for the ongoing strike embarked on by members of the National Association of Government General and Medical Dental Practitioners in the state since June 29. There are some lapses such as in the areas of work conditions and tools, including lack of personal protective equipment.

On the issue of manpower, we noticed that what we have on the ground was not adequate for the normal routine of clinical services. Now, we have added the issue of COVID-19 to it. We advised the government; we wrote a report on these issues last October, before the outbreak of COVID-19. We don’t have enough doctors. In this state, specifically at the secondary and primary healthcare units, the figure is very bad. We have less than 78 doctors manning those facilities. Ekiti State has 22 general hospitals and over 100 primary healthcare development centres. There are only seven doctors in the PHCs in the 16 local governments. How will local governments cope without doctors? At the secondary healthcare level, where we have 22 secondary healthcare facilities (three specialist hospitals and 19 general hospitals, including the state isolation centre), we have just 71 doctors. Of a fact, those 22 health facilities should have a minimum of 266 doctors, but when you are managing them with 71 doctors, that is far less than one-third of what you need and these doctors are actually doing the job using the small resources on the ground. Most of the time, in some of our centres, we do surgeries using flashlight of our mobile phones. In most of these secondary healthcare facilities, the same person is the chief medical doctor, medial advisory committee chairman, surgeon, gynaecologist, paediatrician, general practitioner, emergency unit doctors and administrative officers. For instance, the General Hospital at Ijan Ekiti; it has only one medical doctor.

So, how do you cope with the manpower?

The implication of shortage of manpower is that you overwork the doctors and that is what we are out to redress, to ensure that the cause, which is our entitlements and welfare needs being denied us, is addressed and the problem is solved.

We are saying, if you need me to do the job of eight persons, why can’t you pay me what is due to me as a person? And I will make the sacrifice to work in the capacity of eight persons. Yet, government does not deem it fit to pay the hazard allowance, which is a mere N5,000 (monthly), over a period of 10 years. No doctor in the primary and secondary facility is getting the money. Aside from that, for doctors posted to rural areas, there is a provision for rural allowance (in the appointment letter), but as it is, every health worker in the secondary healthcare facility in Ekiti State gets just 50 per cent of what they ought to be getting. That was done 10 years ago during the first term of Governor Kayode Fayemi; he promised to review it within six months then, but 10 years after, it has remained the same. We are now asking them to review it.

Besides, most of our members have been working for over 10 years and are still on grade level 12. Yet, those that finished housemanship jobs last year and took jobs in EKSUTH and other centres within the state are on grade level 13. Having worked for eight, nine and 10 years, you still remain on the same grade level because what they give you is nominal promotion without any financial backup. Most of us have two to three promotions without financial implication. I know someone who got a job after me in FETHI, who is now on grade level 15. That person is already three steps ahead of me. That is why we are saying government should look into this – if you are giving us promotion, please back it up with the necessary money and step.

It will interest you to know that one of our members with whom we started this strike has already travelled abroad.

Why was the doctor in a hurry to leave?

Doctors are leaving the service because they don’t have career fulfilment and satisfaction. At the inception of this administration, about 20 doctors were employed. But now, only less than five of them are left. Most of them have left because they are not excited.

But is industrial action the only way out?

This strike is a very painful decision for us. The system in this country has not changed. You don’t need to wait for doctors to go on strike before you listen to their demands. We did not want to go on strike because it is not the solution, but that is the only language that the government understands. That is the only time they would want to sit down and talk. So, we gave them an ultimatum. We have been on this issue since last October. Because we did not want the strike, we gave a paper, we advised the government, we identified all the challenges, we did our observations and we gave the probable solutions. But up till today, there is nothing from the government on it. The problem is worsening every day. We felt that since this is the only language they understand, let us withdraw clinical services so that by the time we get to discuss, we will be able to agree on a long-term policy to solve the problems. We believe the strike will create a forum and the need for us to sit down, look at what is wrong, the possible way to address them and how to provide solutions.

How has the government responded to the strike, four weeks after?

The response of the government to the strike is disappointing. In Governor Kayode Fayemi’s fourth agenda during electioneering, he told the people that a healthy Ekiti is a prosperous Ekiti. We did not expect him to allow the strike to linger. We had expected that at the sound of doctors’ notice of industrial action, he would sit with them and address the issues amicably as a father and resolve the issues in the interest of Ekiti people. This same governor was the one who intervened in the issue of the National Association of Resident Doctors and the Federal Government. So, no one would expect him to allow his state doctors to be on strike for a very long time. The good people of the state are the ones bearing the brunt of this thing. We are not happy about it.

But how have your patients been coping?

It is very unfortunate and disheartening that clinical services have been withdrawn from all the general hospitals by our members in Ekiti State and the primary health facilities. I just cannot imagine that a pregnant woman with complications would be in labour in Efon Alaaye and will need to travel to FETHI in Ido/Osi Council Area to get attended to. What about the pains she will have? Assuming there is an accident victim in Omuo, the patient will have to travel all the way to Ido Ekiti before he can see a doctor. You and I know the fate of such a patient, but this is the price to pay. It is not convenient for us; we are not comfortable with it, but in a situation where we are pushed to the wall, we do not have any other option. One would have expected that the governor would have called us and resolved our grievances immediately without allowing the strike to last this long. Some of our colleagues have contracted COVID-19, but we still allow our colleagues in the state isolation centre to be working for the time being.

Do you want to stop them from working as well?

Yes, we plan to withdraw them if the government refuses to react appropriately to our agitations. For now, we can only pray for quick recovery for those who have contracted the virus, including the governor. We are not happy about what is befalling our people in Ekiti State.

When do you think this strike will end?

I still believe some good people in the state are working behind the scenes to address the issues on the ground. You know, we recently pleaded with sons and daughters of Ekiti State, home and abroad, who have the ears of the government, to please come to the aid of the people, the masses of Ekiti State, so that the doctors can go back to the hospitals. I think they have started working on that; I think it will be resolved amicably. Notwithstanding, our members have remained resolute in their belief to continue with the strike.

What is your assessment of Ekiti doctors in the management of COVID-19?

They are doing well. Ekiti is one of the states in Nigeria that has very low COVID-19 cases and fatalities. We also give kudos to the government on the management of the lockdown and the promulgation of laws and guidelines it put in place to prevent COVID-19 breakdown in the state. The health workers are manning the health facilities, providing community enlightenment. Patients come to the hospitals, we enlighten them, advise them on symptoms of the pandemic and give them necessary safety precautions to avoid contracting the disease. We have done well. Our members need to be protected from contracting the disease as well. There should be PPE for us. Apart from the isolation centre, you can hardly boast of a single PPE in the 22 secondary healthcare facilities in the state. As for surgical face masks where I work, since the outbreak of COVID -19, we have been asking patients to buy face masks. You buy two — one for the doctor, one for yourself (the patient) and you cannot use the fabric face masks in the hospital so that there will be no cross infection between doctors and patients. You need all those basic tools to work.