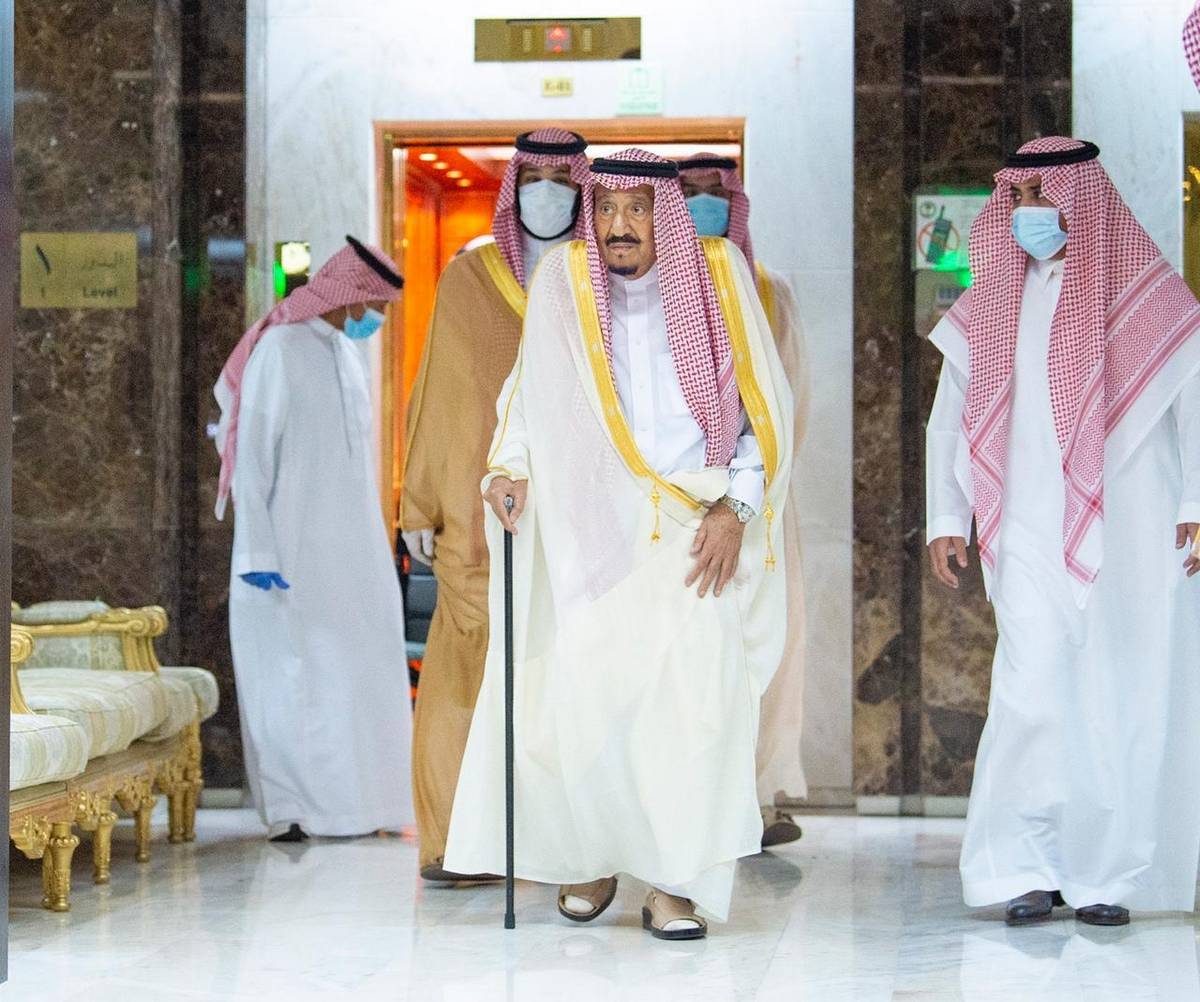 Saudi Arabia’s King Salman has left hospital after a 10-day stay where the 84-year-old underwent surgery to remove his gall bladder.

A video released late on Thursday by state media showed the king walking steadily out of King Faisal hospital in the capital, Riyadh, followed by several aides and his son, Crown Prince Mohammed bin Salman (MBS), wearing a face mask.

The king was walking with a cane, as he usually does.

On Friday, as Muslims began marking the first day of Eid al-Adha, or the festival of sacrifice, one of the two most important occasions of the Islamic calendar, the king tweeted his greetings.

“I congratulate everyone on the occasion of Eid al-Adha,” King Salman, the custodian of Islam’s holiest sites, wrote.

“I ask God almighty …. to lift the pandemic from our country and the world with his grace and mercy,” he added, referring to the global outbreak of the new coronavirus.

King Salman was admitted to hospital on July 20 suffering from inflammation of the gall bladder, according to state media.

Last week, he chaired a meeting via video from the hospital before his surgery. A video aired by state media at the time showed him reading and going through documents.

There has been much speculation about the health of King Salman, who has ruled oil-rich Saudi Arabia since 2015.

MBS has won praise at home for easing social restrictions in the conservative Muslim kingdom and pledging to diversify the economy.

But he has also drawn criticism for Saudi Arabia’s involvement in Yemen’s long-running war and attempts to silence dissent and consolidate power by marginalising rivals, including a purge of top royals and businessmen on corruption charges.

He has come under intense international criticism over the 2018 murder of Saudi journalist Jamal Khashoggi in the kingdom’s Istanbul consulate, which the CIA has reportedly said took place on the Prince Mohammed’s orders.