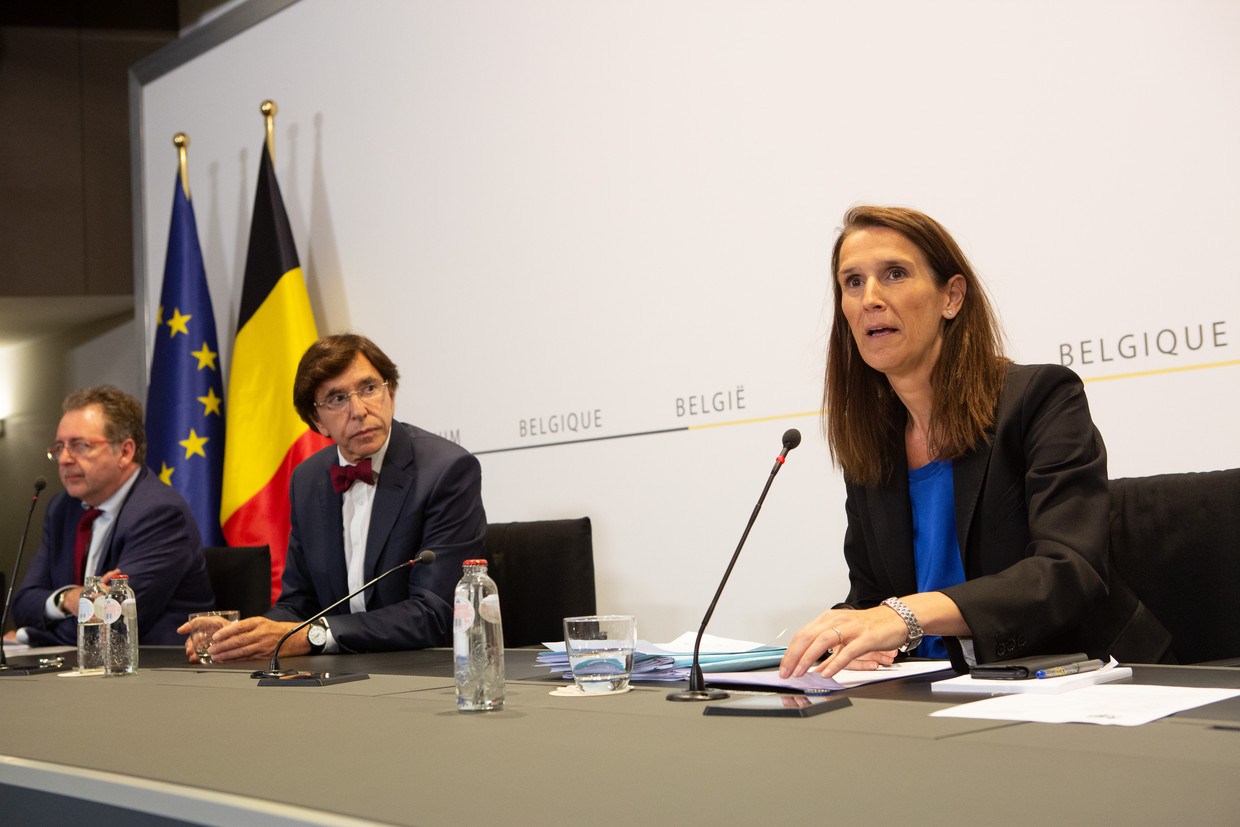 Belgium will implement additional restrictions to prevent the rapid and “worrying” increase in coronavirus infections from becoming a full-blown second wave, announced Prime Minister Sophie Wilmès during a press conference on Monday.

“The situation is rapidly changing in our country. Apart from the infections, the number of hospital admissions and deaths remains under control for the time being, but we know that those figures will come with some delay,” said Wilmès.

“We know that Belgium is not the only one in Europe where the virus is flaring up again, but that the countries around us are also experiencing a resurgence of the virus,” she added.

“Our aim is clear: avoid another full lockdown,” Wilmès said.

From 29 July, and for at least the next four weeks, social bubbles will be reduced to a maximum of 5 fixed people per household, children under 12 not included. Within this bubble, caution is necessary: keep your distance and wear a face mask if required.

Non-guided events, such as trips and gatherings with family and friends, as well as receptions, such as weddings, however, are limited to groups of 10 people, children younger than 12 not included. An exception will be made for summer camps.

Shopping will also have to be done alone, except for minors or people who need help. Everyone will be allowed to stay in a shop for a maximum of 30 minutes.

The requirement to register and leave your contact details to facilitate contact tracing will be extended, to also include wellness centres and sports classes for example. The full list will be published later.

The pass for free train rides, which everyone in Belgium has been promised, will be postponed until September.

The urgency of the situation in Antwerp calls for strong, specific measures, according to Wilmès. The provincial crisis cell is still in session with the mayor to take extra measures, which will be communicated later this afternoon.

“However, the most important approach is the individual one,” Wilmès stressed. “What can I do to fight the coronavirus, for myself and my loved ones? We have to ask ourselves that all the time,” she added.

“If we cannot contain the coronavirus, it will be a collective failure,” Wilmès said. “As always, take care of yourself and take care of each other,” she added.