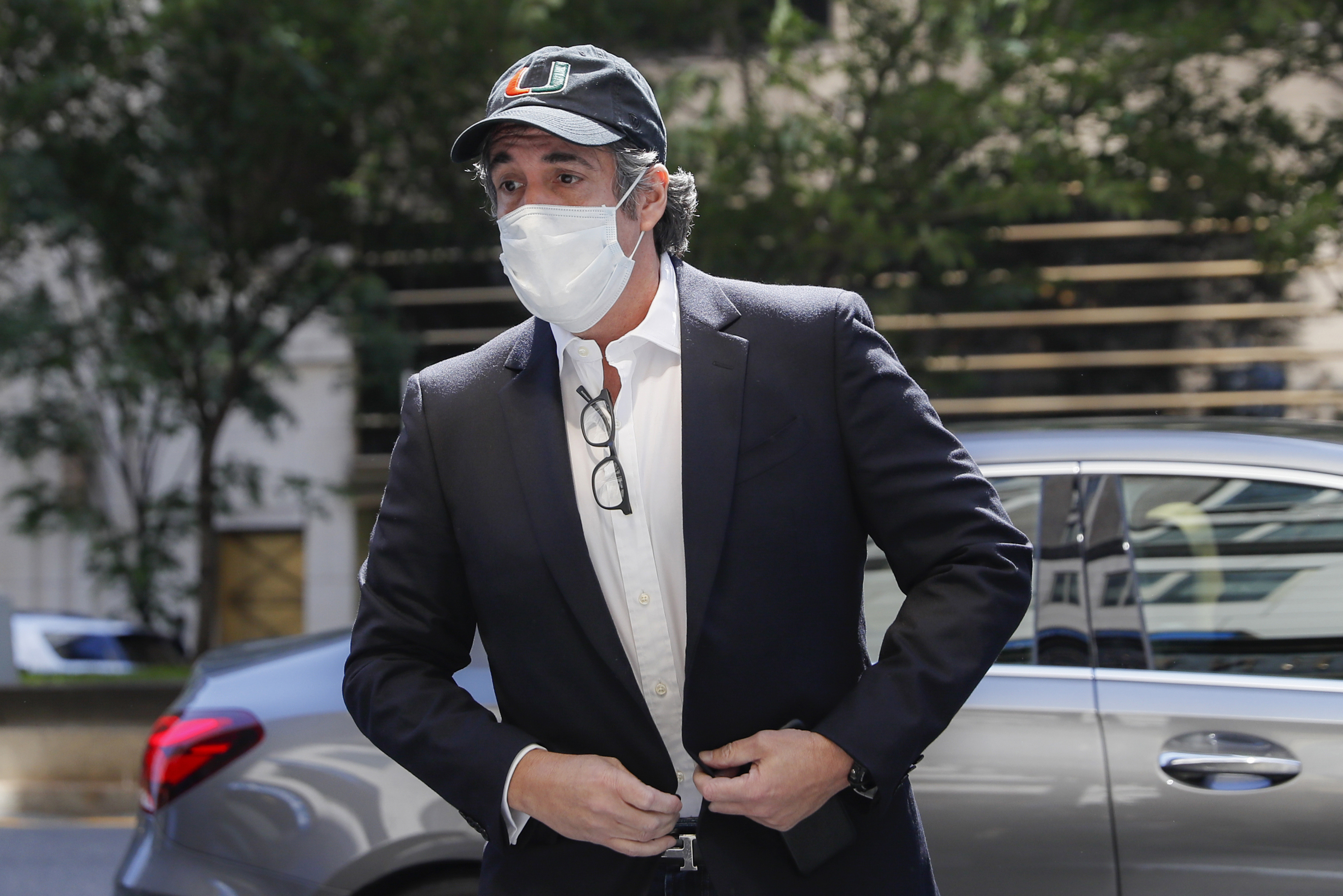 Donald Trump’s former personal lawyer has been released after a judge ruled that he had been sent back to prison from home confinement as retaliation for his plan to release a book critical of Trump before November’s presidential election.

Michael Cohen walked out of a federal prison in New York on Friday afternoon, a day after US District Judge Alvin K. Hellerstein ruled that his First Amendment rights were violated when he was ordered back to prison on July 9.

Probation authorities said Cohen was sent back to prison because he refused to sign a form banning him from publishing the book or communicating with the media or public, Hellerstein said during a telephone conference.

“Mr. Cohen is extremely gratified that the court upheld his fundamental constitutional right to speak freely and publicly,” his lawyer Danya Perry said in a statement on Friday following his release.

Cohen was sentenced to three years in prison in 2018 after pleading guilty to campaign finance charges and lying to Congress, among other crimes.

Cohen was released to home confinement in his New York apartment in May as authorities tried to slow the spread of coronavirus in federal prisons. He arrived at the Manhattan apartment building at about 5:30 pm local time on Friday, declining to speak to reporters as he went inside.

Taking him back to the federal prison camp in Otisville, New York, earlier this month was clearly meant to punish him for his plan to publish his book, titled, ‘Disloyal: The True Story of Michael Cohen, Former Personal Attorney to President Donald J. Trump,’ Hellerstein said.

“How can I take any other inference than that it’s retaliatory?” Hellerstein asked prosecutors, who insisted in court papers, and again on Thursday, that Probation Department officers did not know about the book when they wrote a provision of home confinement that severely restricted Cohen’s public communications.

“I’ve never seen such a clause in 21 years of being a judge and sentencing people and looking at terms of supervised release,” the judge said. “Why would the Bureau of Prisons ask for something like this … unless there was a retaliatory purpose?”

Cohen, 53, had sued federal prison officials and US Attorney General William Barr on Monday, saying he was ordered back to prison because of the book.

The Bureau of Prisons responded after Hellerstein’s ruling on Thursday, saying any assertion that the reimprisonment of Cohen “was a retaliatory action is patently false.”

It said the terms of his home confinement were determined by the US Probation Office, which is run by the courts, rather than the bureau.

In a written declaration, Cohen said his book “will provide graphic and unflattering details about the President’s behavior behind closed doors,” including a description of anti-Semitic and “virulently racist remarks” against Black leaders including President Barack Obama and Nelson Mandela, South Africa’s first Black president.

He said he worked openly on his manuscript until May at Otisville’s prison library and discussed his book with prison officials. He said he was told in April that a lawyer for the Trump Organization, where he worked for a decade, was claiming Cohen was barred from publishing his book by a non-disclosure agreement. Cohen disputes that.

Prosecutors declined through a spokesperson to comment on Hellerstein’s ruling.

Perry had said in a previous statement that Hellerstein’s order was “a victory for the First Amendment” and showed that the government cannot block a book critical of the president as a condition of release to home confinement.