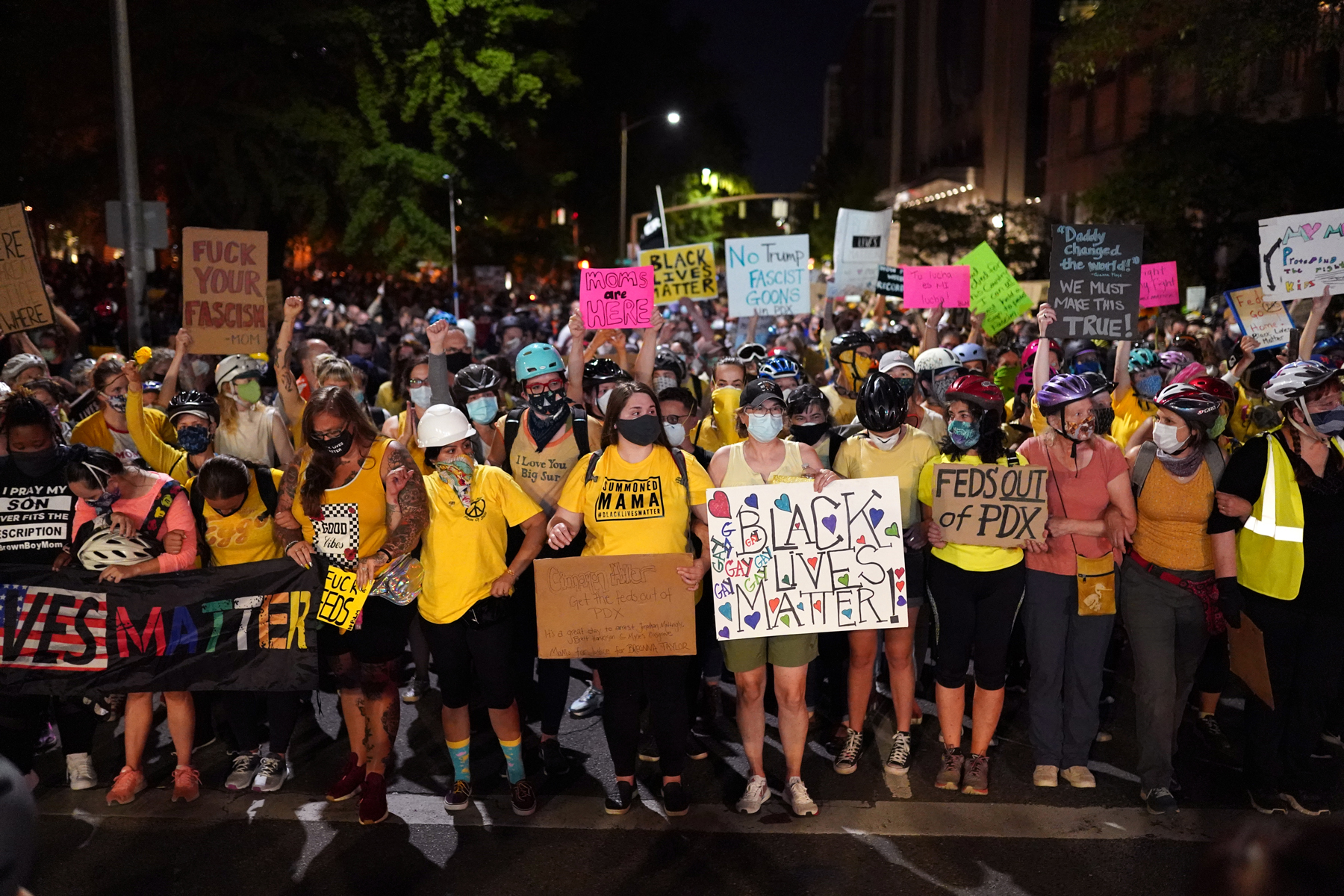 The mayor of Portland was teargassed Wednesday as he met with demonstrators protesting against police brutality and the deployment of federal troops into US cities ordered by President Donald Trump.

AFP footage showed Democratic mayor Ted Wheeler wearing goggles and a facemask and being led away from a crowd amid clouds of gas and fireworks exploding nearby.

“This is an egregious overreaction on the part of the federal officers,” Wheeler told the New York Times.

“This is flat-out urban warfare.”

Thousands of protestors took to the streets Wednesday night, according to NBC affiliate KGW8, in the latest round of protests that were initially sparked by the killing in May of African-American George Floyd.

The city’s police department said protestors had thrown flares and incendiary devices into the federal courthouse, causing small fires in the compound.

It later declared a state of riot in the area outside the Justice Center and ordered protesters to disperse immediately.

Earlier protests in Portland — and much of the United States — to denounce racism and police brutality following the death of Floyd at the hands of a white police officer, began losing steam at the start of July.

Wheeler has previously called for the withdrawal of federal officers from the northwestern US city, accusing them of dangerously escalating the situation with abusive and unconstitutional tactics against protestors.