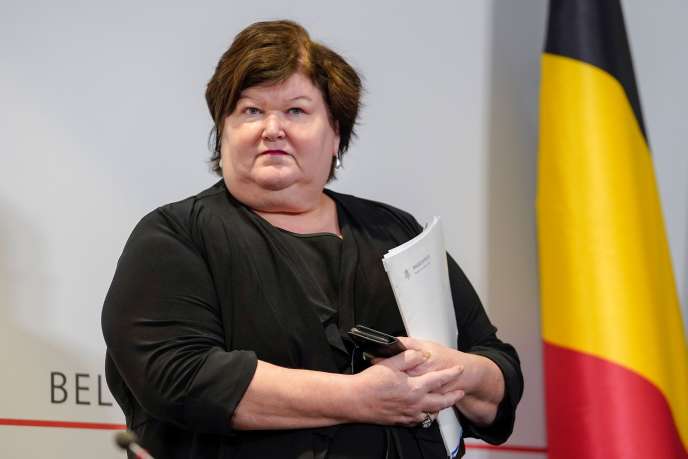 De Block said that the measures will not be relaxed on 1 August, as previously planned. On the contrary, “we spoke of tightening of the measures, both at the national and the local level,” De Block said after the Consultative Committee meeting.

However, there are no formal decisions yet, and measures are not official until announced by the National Security Council on Thursday.

The number of Covid-19 in Belgium infections is currently at an average of 184 a day for the period between 12 July and 18 July, according to recent reports. This is a rise of 89% when compared to the previous week, 5 July to 11, when cases averaged at 97.6 per day.

A tightening of the measures may mean a nation-wide extension of the list of public places that oblige citizens to wear a face mask.

“On a local level, mayors will have to take measures to limit local infection outbreaks, and communities that show a high rate of infections,” De Block said.

Mayors will be allowed to, among other measures, impose a curfew, a ban on gatherings of any kind, closure of shops or sports centres, cancellation of outdoor markets, to stop the further spread of the measures.

Imposing masks where they are not already compulsory is also allowed, and they could even decide to close an entire municipality, if need be with the assistance of local police with the support of civil protection and even the army.

Local lockdowns will also be possible, but as a last resort. “We will not be locking down parts of a city if it isn’t necessary,” De Block said. “We are not there yet, right now we are still in the phase ahead of that stage. But it is truly necessary to limit local infection courts as soon as possible,” she added.

Extra restrictions for restaurants, cafes and bars will likely not be implemented, but they may have to close at an earlier hour.

The Security Council will also discuss limiting social circles to a maximum of 15 people, and look into increased monitoring and data collection for Belgians who return from abroad.