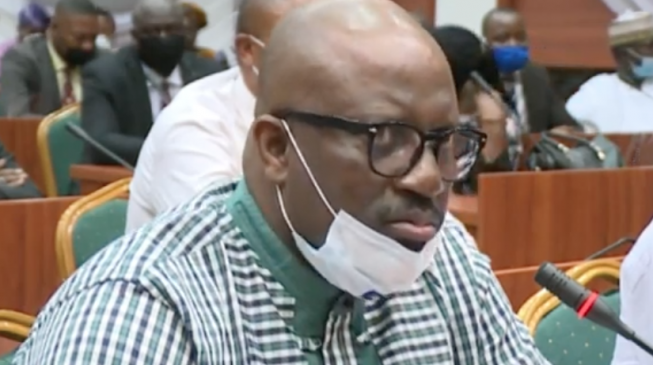 The interim management committee is being investigated over the N3.14 billion disbursed to 4,000 workers and police commands in nine states.

The national assembly is currently investigating the alleged mismanagement by the interim committee.

While giving an account of how the money was spent at the senate, Pondei had said the commission used it to cushion the effect of COVID-19.

But at the hearing on Monday, he said the amount spent was N1.32bn, adding that he might have made mention of N1.5 billion when he was not paying attention.

“The amount the IMC used to take care of NDDC staff as COVID-19 palliative was N1.32 billion, not 1.5 billion,” he said.

Pondei added that the commission spent N81.5 billion from October 2019 to May 31, 2020 and that out of this amount, the incumbent interim management committee which came in February spent N59.1 billion.

“First of all, January to 31ST of May, N34 billion naira was remitted from the federal government to the NDDC. Now out of the expenditure from the 31st of October 2019 to 31st of May 2020, this IMC spent N59.1bn which is very verifiable,” he said.

“Out of the N59.1bn, is also verifiable that N38.6bn was spent on capital projects. The IMC published a list of contractors who have been paid in the national dailies N35.3bn and no contractor has said he was not paid.

“The IMC did not keep any of those contracts, they are historical contracts that have been existing before we came.

“On recurrent expenditure, N20.5bn was expended by the current IMC between 20th of February and 31st of May 2020. It is good to note that a large proportion of the payments are from the backlog of expenditure that previous management had incurred and did not pay.

“Due to continuous pressure and embarrassment from creditors, the IMC decided to clear these debts. For instance, duty tour allowance has not been paid for almost three years to the workers and we cleared that.

“The scholarship students, we have not awarded a single scholarship. Each of them is entitled to a take-off grant and has not been paid for years, we paid N500,000 each which is what they are due.”

Pondei, however, passed out while still answering questions from the panel.

He was later revived and taken out of the venue.