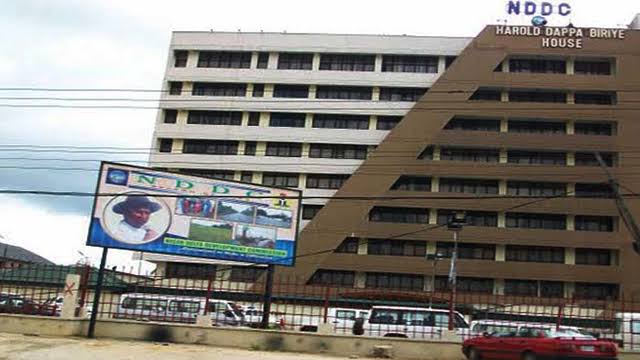 There is fresh crisis between the National Assembly and the Niger Delta Development Commission (NDDC) due to its failure to explain the whereabouts of N143b, being part of N305.5b released to the agency in the 2019 budget.

The altercations that ensued between the National Assembly’s joint committee on Niger Delta Affairs and officials of the NDDC led to the suspension of the budget defence session on Tuesday in Abuja.

NDDC’s Interim Management Committee (IMC) led by Professor Kemebradikumo Pondei had appeared before the committee to defend its 2019 budget expenditure in addition to presenting the commission’s 2020 budget proposal.

While presenting the 2019 budget expenditure before the committee, Pondei told the lawmakers that NDDC received N305.5b in 2019 and spent N122b from leaving a balance of N183.2b.

Pondei stated that in compliance with provisions of the 2019 Appropriation Act, the NDDC implemented the 2019 capital budget till May 31.

“On expenditure, implementation of the 2019 budget was hindered by delays in its approval and release coupled with the COVID-19 pandemic. Only recurrent expenditure, which runs from January 1 to December 31 2019 was implemented substantially,” Pondei explained.

But Chairman, House of Representatives’ Committee on NDDC, Olubunmi Tunji-Ojo, pointed out that there were discrepancies in the process, adding that a shortfall of N143b had arisen.

The commission is expected to bring forward a balance of N183.2b in the 2020 budget proposal. But, the report submitted to the committee showed that only N40b was brought forward.

When Chairman, House Committee on Niger Delta queried Pondei on the discrepancies, he (Pondei) requested for withdraw of the 2019 budget details to address discrepancies of N143b Tuniji-Ojo raised.

The lawmakers were, however, angry when Pondei asked for withdrawal of the 2019 budget review for representation.Chairman, Senate Committee on NDDC, Peter Nwaboshi, granted Pondei’s request and adjourned the budget presentation till next week Tuesday.