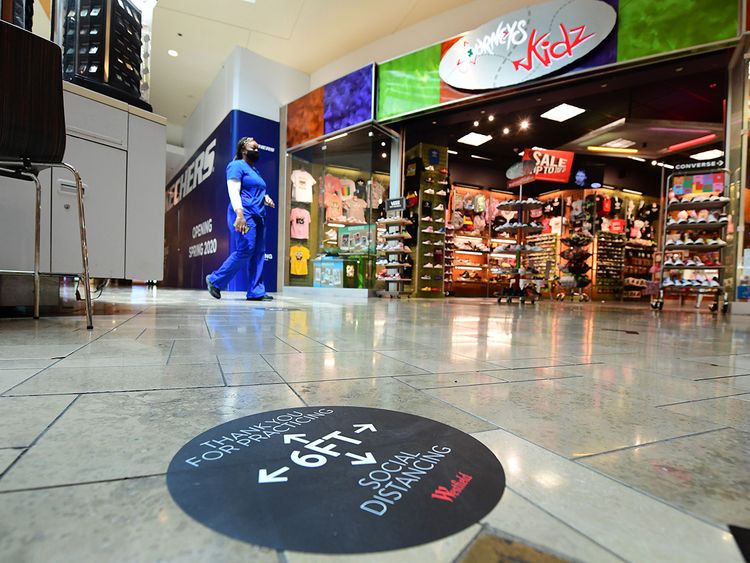 California on Monday ordered all indoor restaurants, bars and movie theaters to close again as coronavirus cases soared across America’s most populous state.

“We’re moving back into a modification mode of our original ‘stay-at-home’ order,” said Newsom, whose state is by far the largest by population and richest in America.

The move came as the Golden State reported 8,358 new coronavirus cases on Sunday, bringing its total to nearly 330,000 including more than 7,000 deaths.

Like the governors of Texas, Arizona, and Florida — which were also hit hard in the virus’ second spike — California delegated the reopening process to local jurisdictions, initially declined to issue a statewide mask order and reopened bars.

The announcement came as education officials in Los Angeles and San Diego said schools would remain closed when classes resume with online-only lessons next month.

Elsewhere, the mayors of Houston and Atlanta are calling for a return to stay-at-home orders to staunch an alarming spike in coronavirus cases, but are being hindered by state governors who favor less restrictive measures.

While new lockdowns have been ordered around the world in cities like Melbourne, Manila and Tangier, such actions are much harder to accomplish in the United States where decentralized power structures can result in political turf wars.

Officials in the greater Houston area, home to more than six million people, have called for a new lockdown after it saw nearly 1,600 cases in 24 hours.

“I strongly recommend that for the next two weeks, that if I were the governor, I would just bring things down, shut things down for the next couple of weeks,” said the city’s Democratic mayor Sylvester Turner over the weekend.

But the Republican governor Gregg Abbott has so far resisted, placing his hopes on a state-wide mask order to bring down the caseload.

Texas was among the first states to begin reopening, on May 1. Bars reopened on May 22 but the governor had to close them a month later, and made the wearing of the masks mandatory on July 3.

In Atlanta, Georgia, Democratic Mayor Keisha Lance Bottoms, who has had COVID-19, announced Friday she was bringing the city back to Phase 1 reopening — restrictive measures that allow only essential trips away from home.

This sparked a power struggle with Republican Governor Brian Kemp who tweeted that her actions were “non-binding and legally unenforceable.”

Kemp in turn blamed Atlanta’s problems on Bottoms — seen as a potential vice presidential candidate to run alongside Joe Biden — accusing her of failing to enforce state restrictions.

In coronavirus-stricken Florida, more than 15,000 new cases were reported Sunday, a state record, and the rate of deaths has also started to rise.

Until the new surge that began in June, its Republican Governor Ron DeSantis bragged that his state’s laissez-faire approach was correct.

Since that time, he has ordered bars closed but refused to issue mandatory mask directives or impose lockdowns, relying on local city and county authorities to make those calls.

Local leadership in Miami, which is also led by Republicans, have so far resisted — but that might soon change.

The number of COVID-19 patients in the city’s intensive care wards is seven times higher than it was in March and April, according to Mayor Francis Suarez, who also contracted the illness, early on in the crisis.

Asked by CNN on Monday whether he would consider a stay-home-order, he said: “If we get to a point where we don’t feel like we can care for the people that are getting sick, that’s something that we’re going to have to strongly look at.”

At the federal level, the administration’s policy is to recommend the use of masks and against the opening of bars — but nothing is mandatory.

President Donald Trump has consistently played down the surge, repeatedly and falsely attributing it entirely to higher levels of testing.

Experts however say this explanation is inadequate, because the number of people hospitalized and the percentage of people testing positive is also rising in many states.