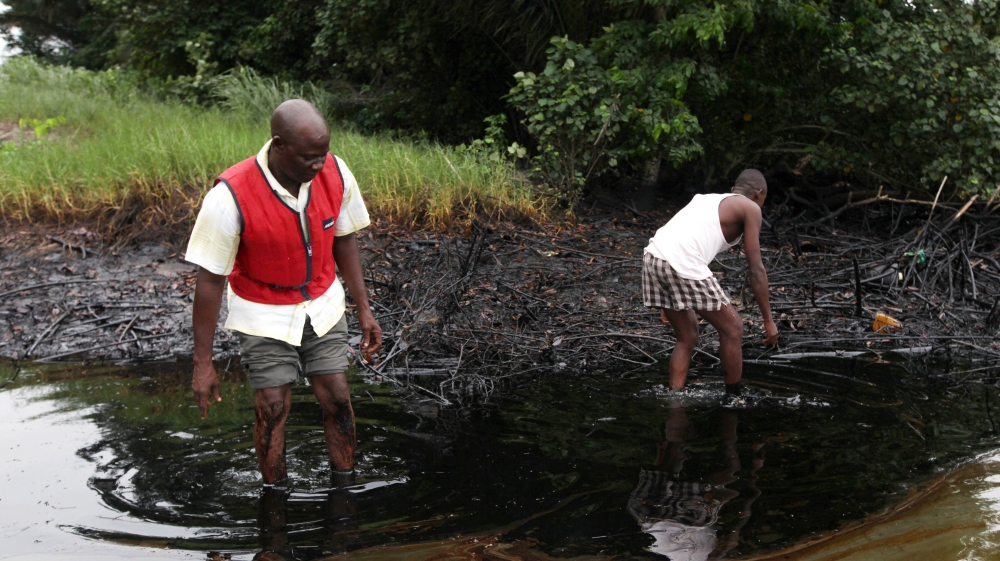 A socio-political group, Stakeholders Democracy Network (SDN), has appealed to the Nigerian President, Muhammadu Buhari, to save the Niger Delta from an ecological disaster.

It also urged the president to collaborate with the National Assembly to pass the National Oil Spill Detection and Response Agency (NOSDRA) Amendment Bill.

The SDN in its report, “2018 Nigerian oil industry environmental performance index”, said the spill of over four million litres of oil in the region in 2018 alone, was combined with previous unmitigated and ongoing oil spill and gas flare, the Niger Delta region remained an ecological disaster zone.

The group said that its first environmental performance index was based on the amount of oil spilled and gas flared (burnt off) by 43 oil companies in the Niger Delta states of Abia, Akwa Ibom, Bayelsa, Edo, Delta, Imo, and Rivers based on data sourced from NOSDRA.

The group further disclosed that a minimum of 25,308 barrels of oil and other potential contaminants were estimated to have been spilled in the Niger Delta in 2018, in 617 incidents.

The average spill size, according to the group, was 41 barrels, or more than 6,500 litres, of oil.

“More than a quarter of all known oil spilled in 2018 was spilled in two Local government areas, Warri South-West, in Delta State, and Abua-Odual, in Rivers State,” the group said.

It said that the report revealed that oil companies operating in Niger Delta flared an estimated 440 billion cubic feet of gas in 2018, explaining, “This was equivalent to a quarter of Nigeria’s 2017 CO2 emissions, or more than the entire emissions of Ghana in the same year.

SDN, however, alleged that the highest oil spill and gas flare emissions tended to be generated by major international oil companies, and the state-owned oil company, the Nigerian National Petroleum Corporation (NNPC).

Besides, SDN regretted that despite decades of concern over pollution in the Niger Delta, not enough progress had been made in preventing or addressing it.

It lamented that in 2018 alone, Nigeria spilt millions of litres of oil into the environment and released 25 million tonnes of carbon dioxide linked to respiratory and other health problems into the atmosphere.

“Given this, the volume of oil spilled, in particular, may seem relatively small. But oil spills and gas flaring are the source of an ongoing public health and environmental emergency in the Niger Delta.

“Moreover, this has been the case for as long as the industry is old, with decades of legacy spills still not having been cleaned up. The lack of action to address these—or prevent further environmental damage—is unacceptable. It is a violation of the right of Nigerians to a healthy environment, and a major source of grievance in the region.