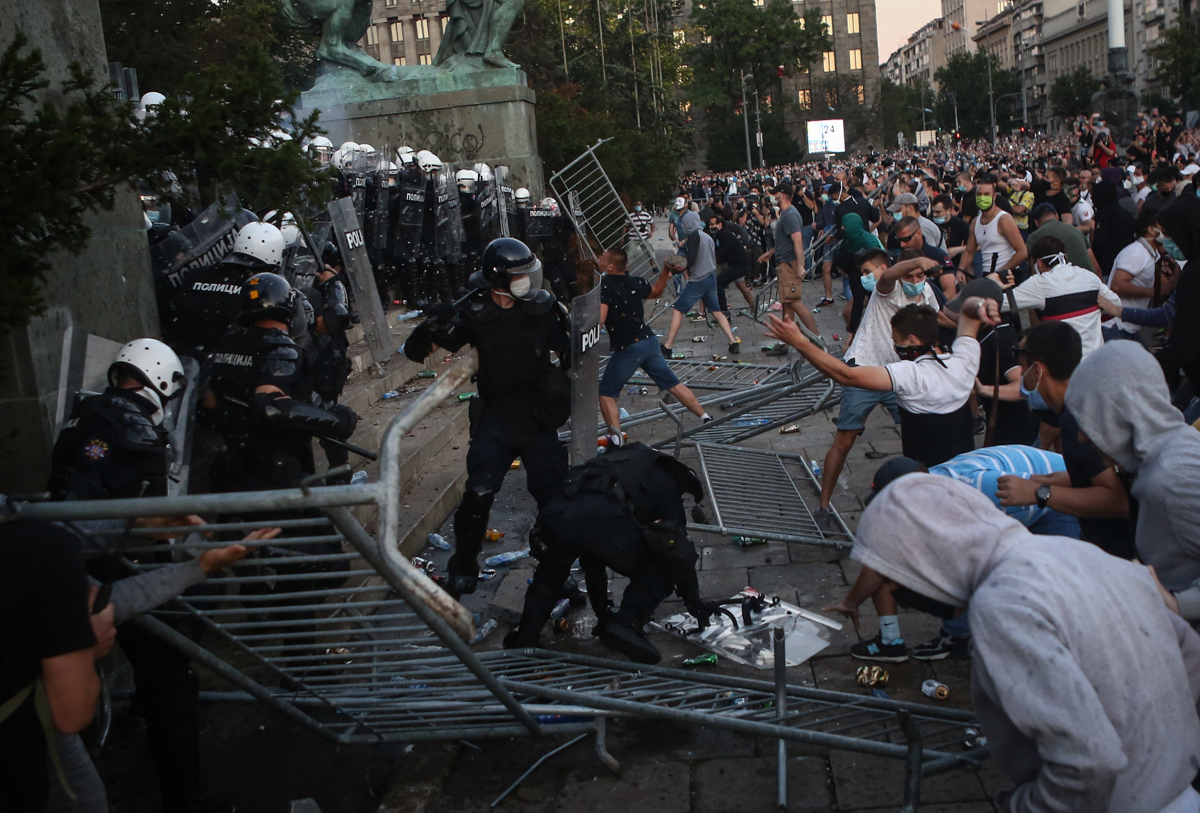 Serbia’s capital, Belgrade, has been rocked by protests for a second straight day as police clashed with opposition supporters angry over the planned return of a weekend lockdown due to a spike in new coronavirus cases.

Critics blame the increase on the government, which they accuse of rapidly lifting initial restrictions before an election in June, and say people should not have to pay the price for another lockdown.

Although President Aleksandar Vucic said on Wednesday the weekend curfew was likely to be scrapped, thousands of people gathered in front of the parliament building to protest.

Clouds of tear gas and smoke filled Belgrade’s city centre in chaotic scenes that mirrored violence the night before.

“The government only seeks to protect its own interests, the people are collateral damage,” said Jelina Jankovic, a 53-year-old who attended the rally, which brought together citizens from the left to the far right.

Vucic’s Serbian Progressive Party (SNS) won the June poll by a landslide in a vote boycotted by the main opposition.

Since then, coronavirus infections have shot up to more than 300 cases a day, overwhelming hospitals.

The government has reported nearly 17,000 infections and 330 deaths.

“We’ve had enough of the manipulating of the data of COVID-19,” said another protester Danijela Ognjenovic, referring to accusations that authorities are under-reporting the death toll.