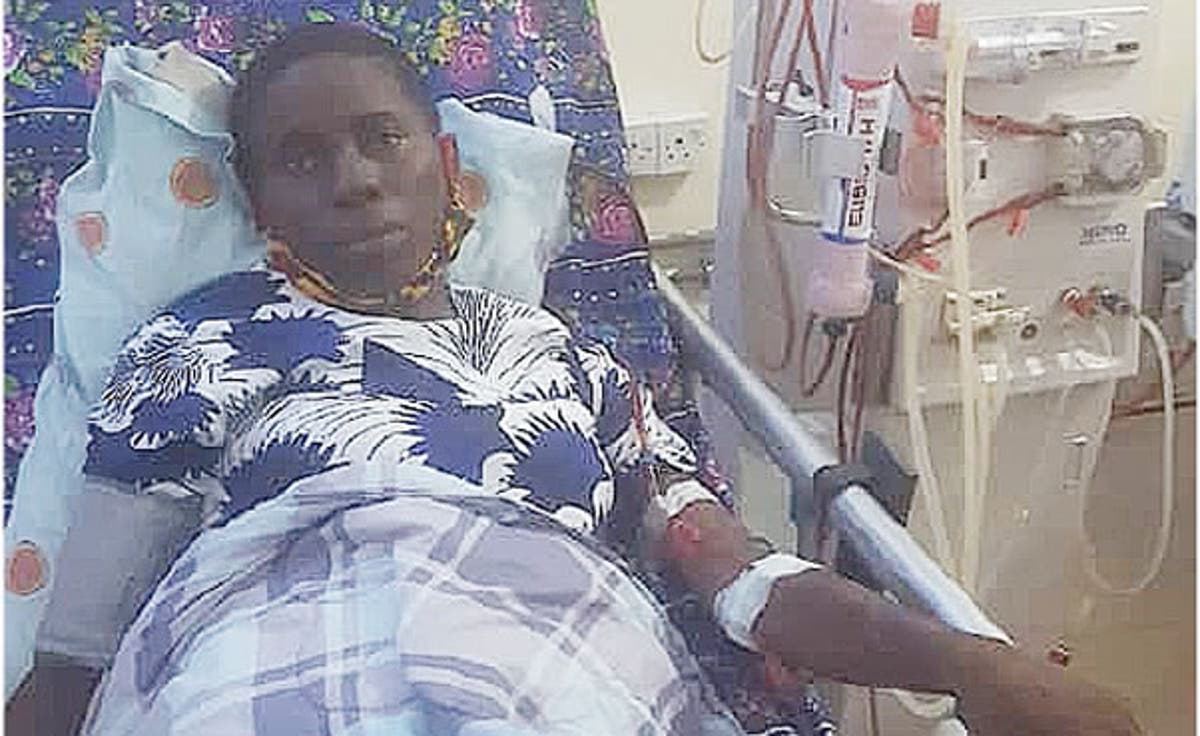 As at today, Hannah Odigie should have be in the final year at the Delta State University, Abraka, where she was studying Biochemistry, but for health that failed her.

She was forced to quit her education two years ago after she was down with a kidney disease. Since then, a once bubbly woman has become sick, shuttling between her home in Benin City, Edo State, and a hospital in Delta State for dialysis on a weekly basis.

Hannah, 37, now needs N10m for a kidney transplant to be carried out at a Lagos hospital. Her uncle, Mr David Odigie, told City Round that he had been spending N40,000 every week for the dialysis for months, adding that the family could not foot the transplant bill.

He said, “She was in 200 level when the ailment started two years ago. She was diagnosed with kidney disease. She has stopped school since and goes for dialysis every Thursday at LANA Hospital in Delta State.

“Each session costs N40,000. I believe she can get support and survive this condition. A non-governmental organisation used to help with the bill for her dialysis but it stopped because of financial challenges.

“I have been running around every week to raise the N40,000 since the NGO stopped. I don’t want her to die. She will do the transplant at Saint Nicholas in Lagos State and her sister is ready to donate a kidney for her.

“We have done the compatibility test; it is just money that is delaying the transplant.”

While appealing to Nigerians to help Hannah, David stated that her father died of kidney disease because there was no money for transplant.

“We don’t want to lose her. Nigerians should help us,” he added. In a letter dated April 29, 2019, seeking help for Hannah, a consultant physician at LANA Hospital, Dr Ayo Odonmeta, disclosed that she was being managed for chronic kidney disease and had been on dialysis.

He stated, “She has been dependent on dialysis for the past one year. She usually has two to three sessions of dialysis weekly. She has a functional AV fistula which she uses for dialysis.

“She has also had blood transfused on several occasions, iron sucrose and erythropoietin injection due to anemia. She is currently on antihypertensive medication.

“Her definitive treatment is to have kidney transplantation done of which the cost implication is an estimate of N10m. Kindly render the necessary assistance she might require in view of her health.”

David said an account has been opened for Hannah where donations can be made. The details are as follows: Sterling Bank: 0077058295; account name: Hannah Odigie.