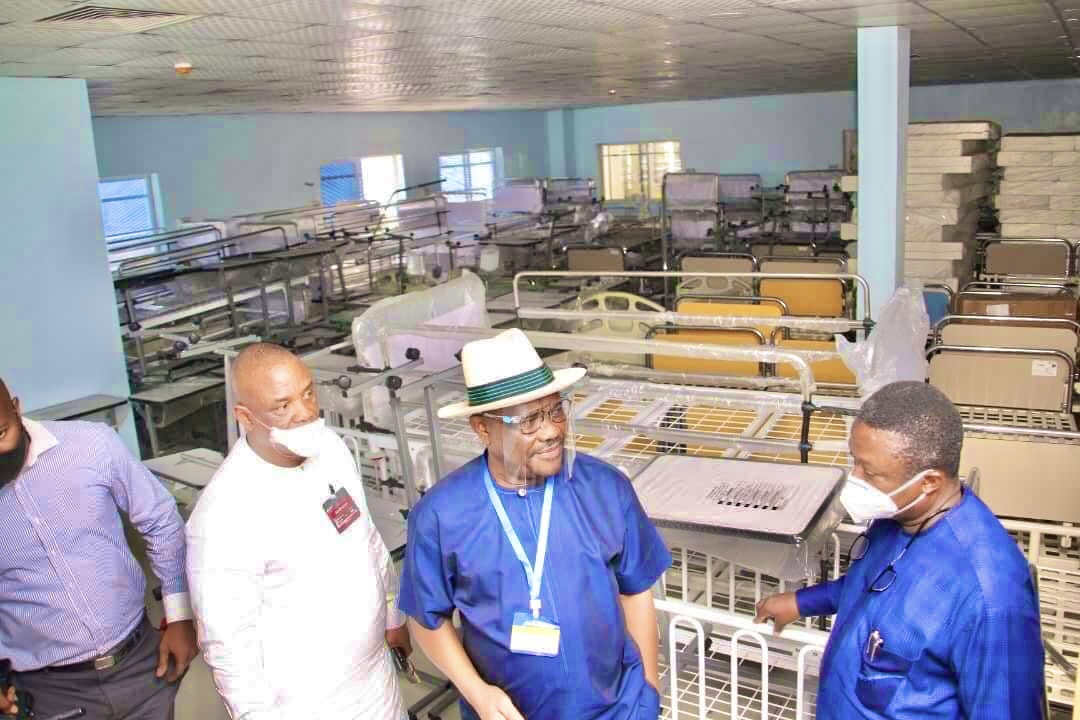 In 2015, Nigeria’s Infant Mortality rate was estimated at 78.7 deaths per 1000 live births. 2 years after that, Nigeria ranked No.9 on the list of countries with the highest rate of infant Mortality Rate. (CIA World Facts)

Infant mortality is the death of an infant before his or her first birthday. The infant mortality rate is the number of infant deaths for every 1,000 live births. (CDC.gov)

Aside from Infant Mortality, another area of concern is Maternal Mortality.

A look at the statistics above shows that there is more to do as regards Mother and Child Care health.

Towards the end of the last administration, the State Government in an agreement with the Niger Delta Development Commission NDDC planned on the Construction of a Mother and Child Hospital which was intended as a joint ownership between the State Government and the NDDC. Funds where said to have been released by the then government in power. However, the project was stalled and abandoned as NDDC failed on their part to provide its own counterpart funding.

With Gov. Wike coming to power in 2015, and with the many legal tussle that ensued till 2016, the Governor announced in the late part of 2016 that the State Government was cancelling its Joint Ownership Agreement with NDDC for their failure in paying their counterpart funds. He also stated that the State Government was taking over full funding of the project and the final tranche of payment for the completion of the project had been made to the contractor.

Due to the Governor’s desire to see to the speedily completion of the facility, Governor Wike also went on to release over 70 percent of the funding need for the purchase of equipment for the said Hospital.

The Ultra-modern Mother and Child Hospital in Port Harcourt is aimed at providing specialised services in the areas of Mother and Childcare. The magnitude of the facility is deliberately constructed to serve the need of the state in that regards.

Apart from the Ultra-modern Mother and Child Hospital, the NEW Administration have made many interventions in the health sector.

From the establishment of a Medical School in the Rivers State University, to the upgrading of the former Braithwaite Memorial Specialist Hospital to the Rivers State University Teaching Hospital with an investment of $10Million in purchased medical equipment. The massive intervention in the renovation of otherwise moribund secondary healthcare institutions in the state with the simultaneous rehabilitation of several General Hospitals, the Construction of Magnificent Dima Denni-Fiberesima Doctors Quarters and the approval of the implementation of the corrected Consolidated Medical Salary Scale for doctors in Rivers State service.

The Government also embarked on the Construction of 4 Multi-Storey Regional Referral Hospitals in Bori, Degema, Okehi and Omoku, and also saw to the reconstruction, furnishing, and equipping of some of General Hospitals across variously LGAs of the state.

Heath is a priority as far as human existence is concerned and the “NEW” Administration has treated it in same manner. Governor Wike also hinted on the Government’s plan to construct an international Specialist Hospital during a visit to him by the National President, Nigerian Medical Association. He said that the proposed New Specialist Hospital will promote medical tourism in Rivers State. According to the Governor, the new specialist hospital will have a helipad, modern equipment for the treatment of cancer, kidney, heart and liver diseases. It is aimed at stemming foreign trips by Nigerians for healthcare services hereby conserving foreign exchange for the country.

The commitment of the “NEW” administration in the area of healthcare is one without doubts as empirical evidence abound. However, with the administration having 3 more years to go, we hope and look forward to further interventions and development in the sector.