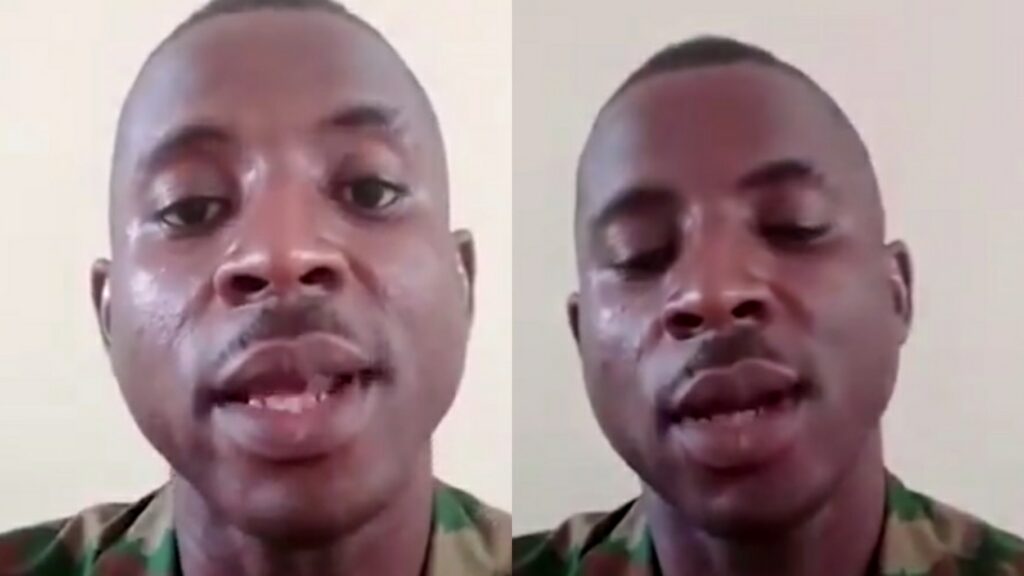 A soldier of the Nigerian Army, Lance Corporal Martins, has been arrested after making a video blasting the Chief of Army Staff, Lt. Gen. Tukur Buratai, and other security chiefs in the country.

The soldier was arrested on the orders of Buratai, sources revealed to SaharaReporters.

According to the source, the soldier was picked by senior military officers, who said they were acting based on an “order from above”.

In the 12-minute video, the soldier expressed his anger at the security chiefs especially Buratai, and Chief of Defence Staff, General Abayomi Gabriel Olonisakin, for not being committed to end the incessant killings of Nigerians by terrorists and armed bandits.

He revealed how the military ordered the illegal detention of some soldiers, who demanded better weapons and ammunition to combat Boko Haram and other terrorist groups in the country.

He stated that though he might be arrested and probably killed for the video, he is ready to sacrifice himself for the country.