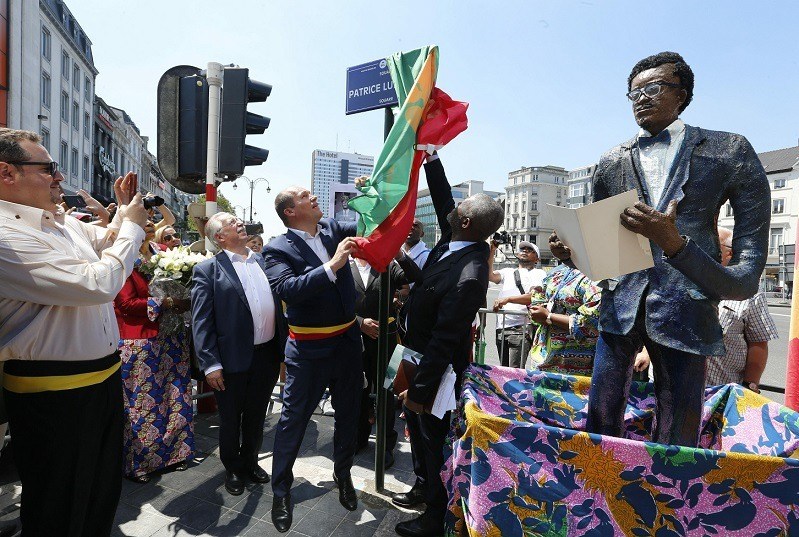 Plans to erect a statue to Patrice Lumumba, the first prime minister of the independent Democratic Republic of Congo, have been dropped by the City of Brussels.

In 2018, Brussels Mayor Philippe Close agreed to increasing calls from Congolese activists and named a small square by Porte de Namur after Lumumba.

A small memorial plaque was also installed and Close reportedly promised that a statue of the Congolese independence leader would be erected in Brussels, an initiative for which some €10,000 were unblocked, Bruzz reports.

But years later, the press office of Close said that plans for a statue had been abandoned and said that the plans to build one had never been put in motion.

“There will be no statue,” Close spokesperson Wafaa Hammich told Bruzz. “There was no agreement about that, it was only a lead [to explore] — we will keep to the square and the memorial plaque.”

Geoffroy Coomans de Brachène, a city councillor with the Francophone liberal MR, told Bruzz that Close’s promise to build a statue in honour of Lumumba were merely an election stunt.

In a written message, Hammich said that while the City of Brussels was “not against” the prospect of building a statue to Lumumba, the municipality of Ixelles would be taking over the initiative.

“We remain open to the initiative but it is Ixelles who will take the lead — we will follow suit,” Hammich wrote.

Ixelles Mayor Christos Doulkeridis has supported calls for public memorials for the former Belgian colony, but not in the form of a statue to Lumumba.

“The [municipal] college is determined to make more room in the public space for shared Belgian-Congolese history,” Doulkeridis told Bruzz, before adding that he thought “the days of personal statues were over.”

In 2002, the Belgian government officially apologised for its role in the assassination of Lumumba, who was executed by a firing squad commanded by Belgian-supported separatist forces.