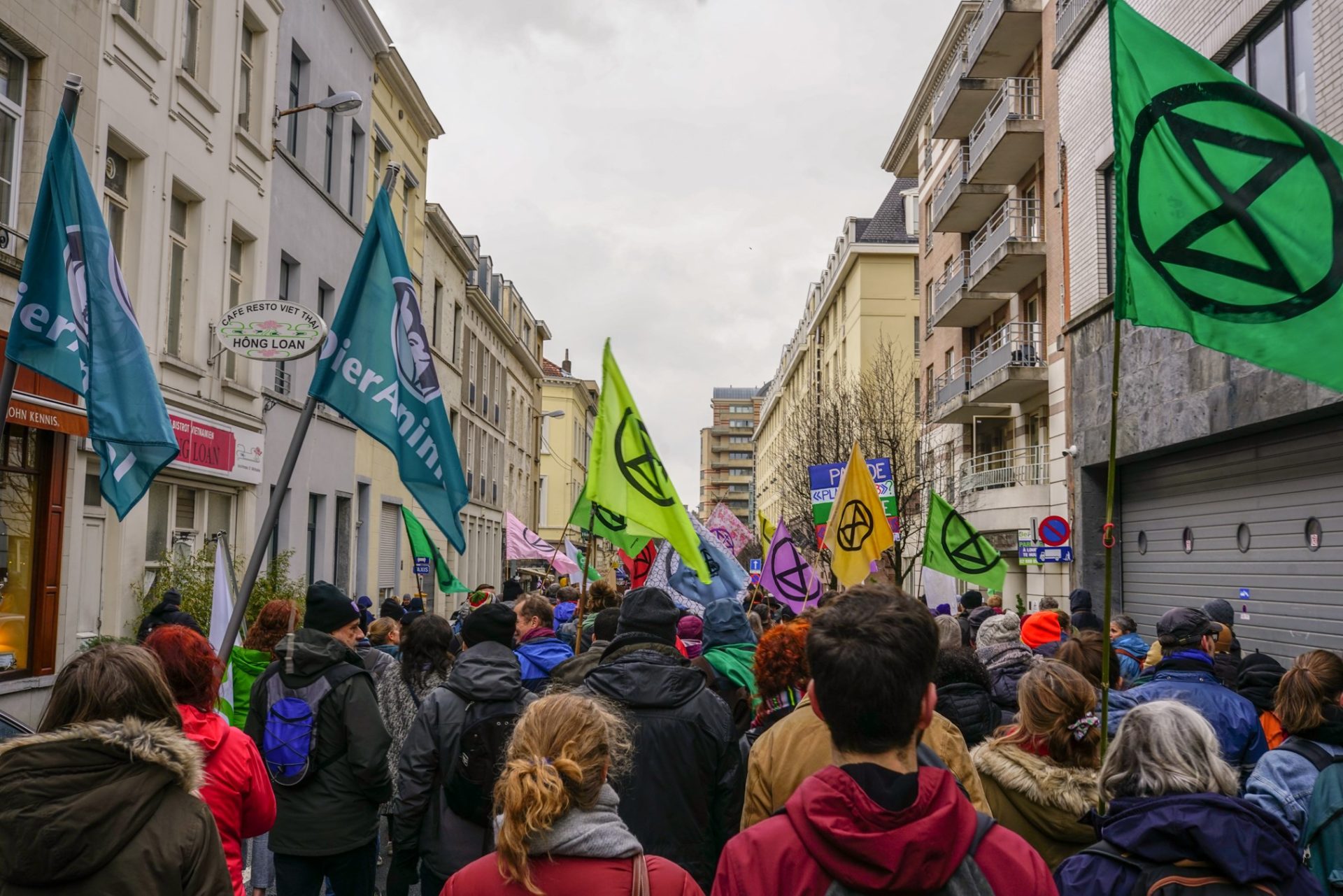 Extinction Rebellion (XR) is calling on hundreds to join a demonstration planned for next week in Brussels, in open defiance of a current ban on mass gatherings.

The climate action group said that the protest on 27 June will be an act of civil disobedience since, under coronavirus regulations, protests are not allowed.

The protest is part of a series of actions named ‘Our Future — Our Choice!’ which was launched this week and which aims to call out authorities as they scramble to restart economic activities.

The series of actions will culminate with the protest, which comes after Black Lives Matter demonstration in Brussels landed the mayor in hot water.

It also follows calls from Belgium’s interior minister for local authorities to restrict the right to protests and even ban demonstrations.

“With “Our Future – Our Choice!” Extinction Rebellion calls on everybody in Belgium to oppose the rush to “return to normal” and to claim the right to determine our future: one based on respect for planetary limits, social justice, solidarity and resilience,” the group wrote on Facebook.

Activists with the group said the coronavirus pandemic had brought societies to a historical tipping point, underscoring the urgency to address the looming climate and environmental crises scientists have been warning about for decades.

“We need to pause and think about what our actual needs are for the future: do we want to return to a system based on fossil fuels, industrialised agriculture, human exploitation and structural racism?” XR spokesperson Leen Schelfhout told Bruzz.

The protest will take place in downtown Place de la Bourse, in front of the Finance Tower and in Rue Neuve, a busy high street near the pedestrian zone of Brussels.

Demonstrators will be encouraged to bring protests signs painted red and green, depending on if the message on it reflects something they want to leave behind or keep after the coronavirus crisis. The protest signs will then be brought to the cabinet of the prime minister.

A City of Brussels spokesperson said the demonstration could not go forward if more than twenty people attended and said that they were trying to talk with organisers.