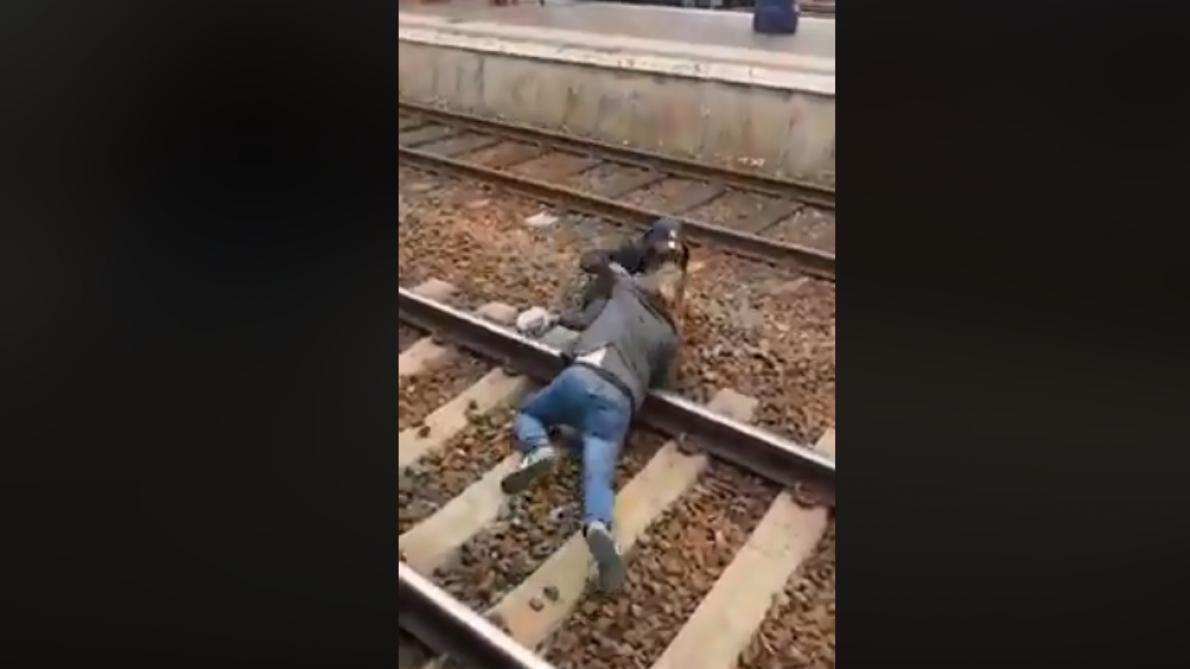 A white man who deliberately pushed a black 15-year-old onto the train tracks, as well as two white women who insulted and harassed the teen, have been given jail sentences of up to a year.

Prosecutors said the trio acted on racist motives for which Leuven’s criminal court handed them sentences of between nine months and one year.

The court also ordered the three defendants, who reportedly began provoking the teenager, to pay him €10,000 in compensation.

In August 2018, a 35-year-old man and two women, aged 43 and 31, were filmed insulting and harassing a black teen at the station in Aarschort, with one of them repeatedly shoving the teen.

The man then grabbed the teenager from the back and threw him into the train tracks. When the teen tried to climb back on the platform, the man pushed him back down, ending up on the tracks with the teen, who began hitting him.

The incident began when the three defendants struck up an argument with the teen, according to VRT, with prosecutors citing their various statements to prove the racist nature of their aggression.

“They kept challenging the 15-year-old boy verbally and physically and a fight ensued in which the man pushed the boy on the tracks. The boy pulled the man along,” prosecutors told the outlet.

Railway infrastructure management Infrabel filed a complaint following the incident, saying that the incident could have “ended very badly” if train traffic had not been stopped on time.

The man, who was on probation at the time of the incident, was sentenced to nine months in jail, while the two women were sentenced to one year and one month in jail.