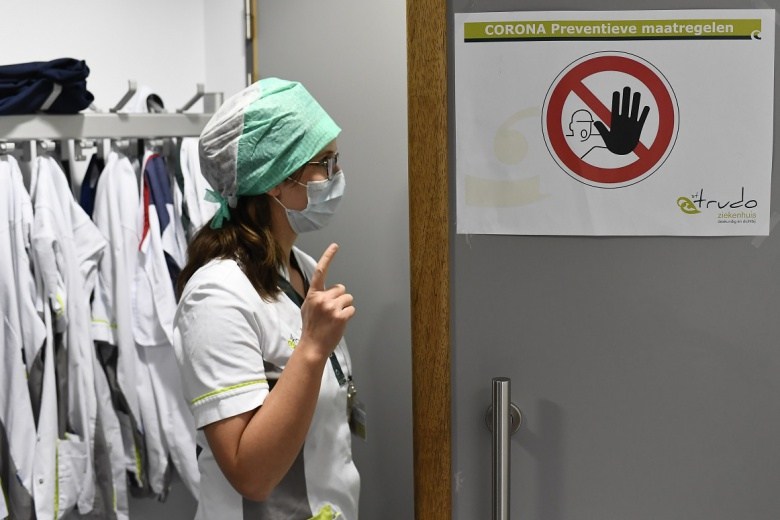 108 additional people have tested positive for the new coronavirus (Covid-19) in Belgium, confirmed the Federal Public Health Service during a press conference on Friday.

This brings the total number of cases in Belgium, since the beginning of the pandemic, to 59,819. The total reflects all people in Belgium who have been infected, and includes confirmed active cases as well as patients who have since recovered, or died from the consequences of the virus.

64 of the newly-infected people live in Flanders, 35 live in Wallonia, and 9 live in Brussels. “This trend seems to have stabilised. Over the past 7 days, it has increased by 1%, but this is, in fact, a stabilisation,” said professor Steven Van Gucht.

32 new patients were admitted to hospital in the last 24 hours, and 45 were discharged. The total number of people in hospital because of the coronavirus at the moment is 477. “This trend is still decreasing, with 3% per day,” Van Gucht said. The current reproduction number (R number) is 0.87, which is still below 1.

Of the patients in hospital, 89 are in the intensive care unit, of which 46 are on a respirator. “This trend also decreasing by about 6% per day,” he said.

10 new deaths have been reported, bringing the total number of people who died because of the coronavirus to 9,646. “The trend in the number of newly-reported deaths also decreases by about 7% per day,” Van Gucht said.

“Between the end of March and mid-April, we can see a clear increase in the percentage of antibodies in the blood of samples that we receive,” he said, pointing to the results of a study that Sciensano takes part in.

“To sum up, in general, all trends look favourable. Most of them are declining, and for the first time since mid-March, fewer than 500 people are in hospital, and fewer than 100 on the intensive care,” said Van Gucht.

The stabilisation in the number of new infections is not unexpected, according to Van Gucht. “We suspect there are a lot of mild cases among the number. The important thing is that they do not translate into hospitalisations,” he said, adding that more contacts are also part of this.

“Be careful when you are meeting people, seeing friends or family or go for a beer,” said Van Gucht. “If you will travel this summer, do it carefully,” he added.

For the time being, this has been the health authorities’ last press conference. The daily figures will still be published on the website, and every Friday, a more in-depth report detailing the evolution of the virus will be published as well.