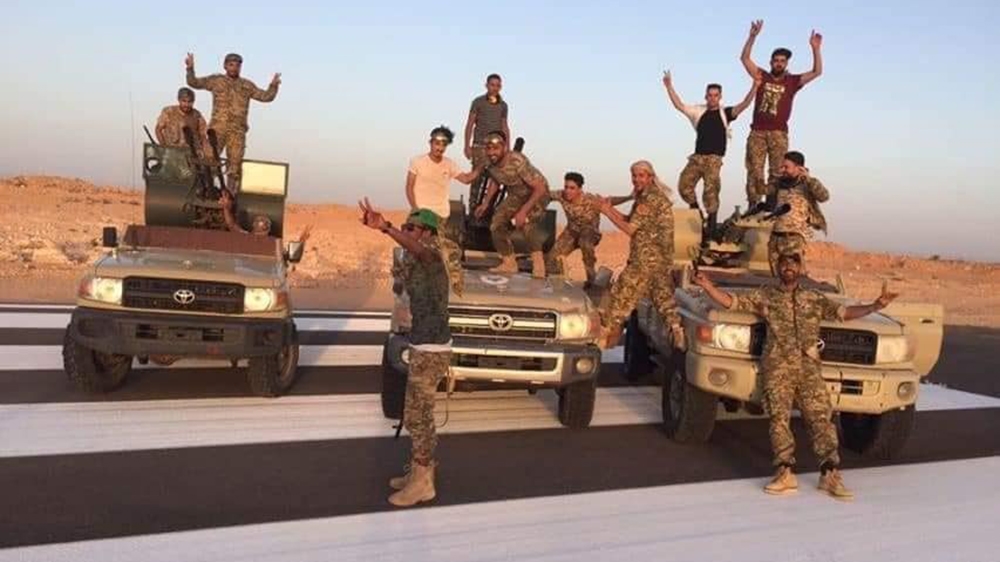 Forces loyal to Libya’s UN-recognised government said they launched an offensive on Saturday to seize the strategic city of Sirte, as renegade commander Khalifa Haftar backed an Egypt-proposed ceasefire following a string of military setbacks.

“The air force has carried out five strikes in the outskirts of Sirte,” Government of National Accord (GNA) spokesman Mohamad Gnounou said. “Orders have been given to our forces to begin their advance and to systematically attack all rebel positions.”

GNA forces have repulsed Haftar’s 14-month offensive against the capital Tripoli and are now poised to drive on eastwards, taking advantage of stepped-up military support from Turkey.

Sirte, the hometown of former dictator Muammar Gaddafi and the last major settlement before the traditional boundary between Libya’s west and east, where Haftar is based, was taken by his self-styled Libyan National Army (LNA) forces virtually without a fight in January after one of Libya’s myriad local militias switched sides.

Sirte is some 450km (280 miles) east of Tripoli, the town where Gaddafi put up his last stand against NATO-backed rebel forces in 2011.

After talks in Cairo on Saturday, Egyptian President Abdel Fattah el-Sisi, one of Haftar’s key foreign supporters, said Haftar and other eastern leaders – including eastern parliament speaker Aguila Saleh – had signed up to a declaration calling for a ceasefire from 6am (04:00 GMT) on Monday.

“Heeding appeals from the major powers and the United Nations for a ceasefire… we pulled back 60km (40 miles) from the Greater Tripoli city limits,” Haftar’s spokesman, Ahmad al-Mesmari, said.

The initiative, called the “Cairo Declaration”, urged the withdrawal of “foreign mercenaries from all Libyan territory”, he said.

El-Sisi added that the declaration also called for “dismantling militias and handing over their weaponry so that the Libyan National Army [led by Haftar] would be able to carry out its military and security responsibilities and duties”.

But the GNA forces’ spokesman appeared to pour cold water on the Egyptian proposals.

“We didn’t start this war, but we will choose the time and place when it ends,” Gnounou said.

He issued a “final call” for Sirte’s local leaders to abandon Haftar and spare the Mediterranean coastal city “the horrors of war”.

“Our forces continue to advance with force and resolve, chasing the fleeing (Haftar) militias,” he said.

France and Russia, who have backed Haftar’s offensive, expressed support for the Cairo initiative.

In a phone call with his Egyptian counterpart Sameh Shoukry, French Foreign Minister Jean-Yves Le Drian,”hailed the efforts led by Egypt… and today’s result aimed at an immediate halt to hostilities”, his ministry said.

“Priority must go to the immediate halt… and rapid conclusion of a ceasefire,” the minister stressed.

Russia, which, according to UN experts, has employed hundreds of mercenaries from the Russian paramilitary Wagner Group to fight alongside Haftar, also agreed.

“We read the content of the Egyptian President’s offer, of course, we support all kinds of offers to stop the conflicts in Libya as soon as possible,” said Mikhail Bogdanov, Russia’s special representative to the Middle East and African countries, according to the Ria News Agency.

But according to Tarik Yousef, director of Brookings Doha Center, the ceasefire aims to protect Haftar from further military losses.

“In the context of what has just been reported about military advancements in the last week, the series of defeats Haftar has suffered suggest the Cairo initiative is more about trying to salvage what remains of Haftar’s project and trying to protect what remains of his military forces in the East,” Yousef told Al Jazeera.

Libya plunged into chaos in 2011 when an uprising toppled and later killed longtime leader Muammar Gaddafi.

It is split between two rival administrations in the east and the west, each backed by opposing fighters struggling for power.

Haftar has since last year sought to gain control over the west, fighting the GNA in an abortive attempt to seize the capital Tripoli.

The GNA recaptured the strategic town of Bani Walid in the country’s northwest from the LNA earlier on Saturday.

The latest development comes a day after the GNA seized the city of Tarhuna, Haftar’s last stronghold in northwestern Libya, which was used as the main launchpad against Tripoli.

Haftar is supported by Egypt, the United Arab Emirates and Russia.