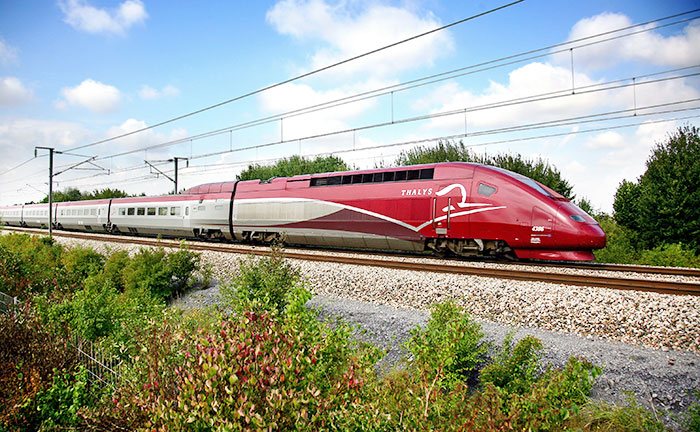 The French-Belgian high-speed train operator Thalys will be operating 20% of its trains between Belgium and France and the Netherlands again, from 9 June.

Starting next Tuesday, Thalys will increase its traffic from Brussels towards France and the Netherlands again, to reach 20% of its usual capacity, after operating a minimal service because of the coronavirus crisis and lockdowns.

The low-cost IZY trains (Thalys low-cost trains) will also operate between Brussels and Paris on Fridays, Saturdays and Sundays.

The Thalys Sun trains to Marseille and Bordeaux in France will be suspended throughout the summer, and Thalys will not serve the stations at Marne La Vallée and Paris-Charles De Gaulle airport until 29 August.

Wearing a face mask in the trains remains compulsory, and the trains will be regularly cleaned to comply with hygiene measures.