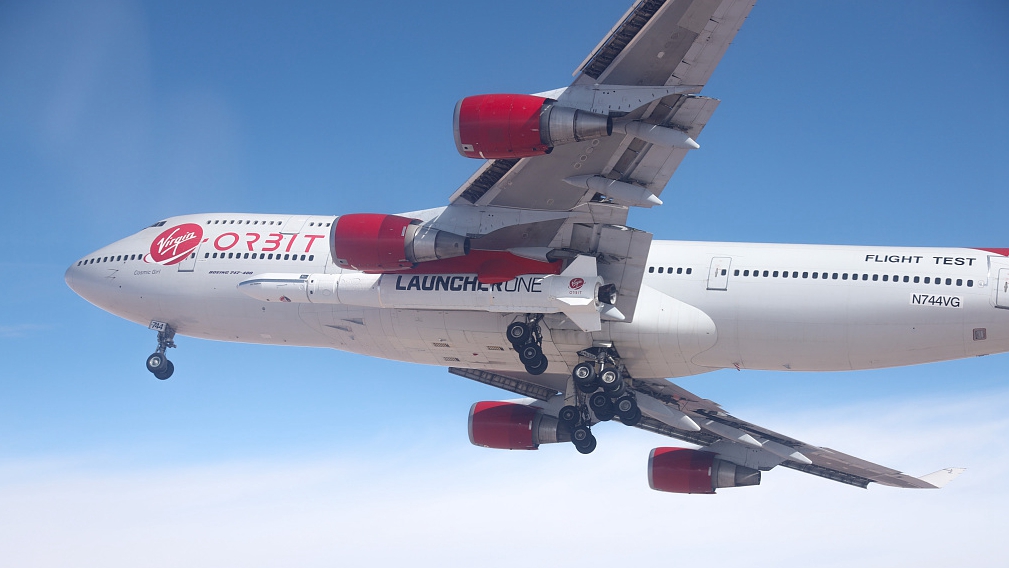 The launch was going well until after the rocket was dropped from the plane and the mission had to be aborted.

Sir Richard Branson’s Virgin Orbit rocket has failed to launch a test satellite into space on its maiden voyage.

The first test launch of the new rocket appeared to be going well until moments after it was dropped from beneath the left wing of the jumbo jet, Cosmic Girl.

“However, the mission terminated shortly into the flight.

“Cosmic Girl and our flight crew are safe and returning to base.”

The 21.3m (70ft) rocket was released over the Pacific Ocean off the coast of southern California after the highly modified plane took off from Mojave Air and Space Port in the desert north of Los Angeles.

It was supposed to fall for a few seconds before the first of its two stages ignited and hurtled it down the coast towards the South Pole before its satellite went into a low Earth orbit.

Virgin Orbit had been hoping the flight would help them gather data on every step of the launch process rather than to have a working satellite in orbit, with the satellite intended to orbit very low to avoid contributing to the problem of space litter.

Will Pomerantz, Virgin Orbit’s vice president for special projects, said during a pre-flight briefing on Saturday that about half of first rocket launches fail.

“History is not terribly kind, necessarily, to maiden flights,” he said.

Elon Musk, who owns rival company SpaceX, tweeted that he was sorry the launch had not worked.

“Orbit is hard. Took us four attempts with Falcon 1,” he said.

Chief executive officer Dan Hart said during the briefing that there had been numerous tests, discussions and introspection to verify that the system was ready.

“In the end the questions are always, has everything been thought about and are there any gaps or seams, and those are the questions you only learn when you commit to flight,” Hart said.

A team has been working on the LauncherOne rocket for five years and it was not immediately clear how long the failed launch will set back the company.

It has six more rockets under construction in its factory as Virgin Orbit tries to target the small satellite market.

The company says it has dozens of missions worth “hundreds of millions” booked in for customers including the Royal Air Force and the US Space Force.

It is working on plans to launch from the UK and Japan.