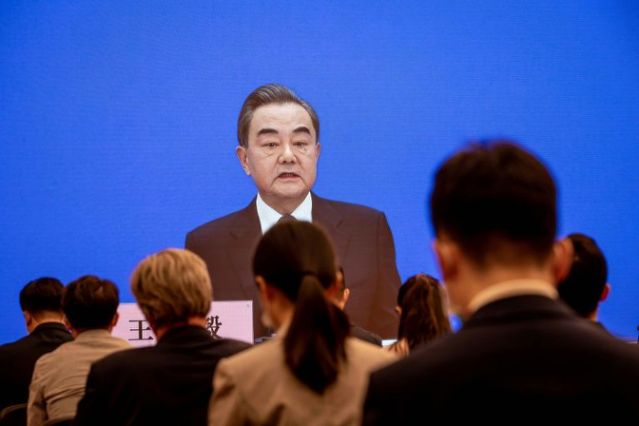 China is “open” to international cooperation to identify the source of the novel coronavirus but any investigation must be “free of political interference”, China’s foreign minister said Sunday.

Wang Yi blasted what he called efforts by US politicians to “fabricate rumours” about the pathogen’s origins and “stigmatise China”.

The United States and Australia have called in recent weeks for an investigation into the origins of the pandemic.

Both US President Donald Trump and Secretary of State Mike Pompeo have accused China of a lack of transparency over the issue, and repeatedly pushed the theory that the virus leaked from a Chinese maximum-security laboratory.

Most scientists believe the virus jumped from animals to humans, possibly from a market selling exotic animals for meat in the central Chinese city of Wuhan.

“China is open to working with the international scientific community to look into the source of the virus,” Wang said at a press conference on the sidelines of China’s annual parliament session.

“At the same time, we believe that this should be professional, fair and constructive,” he added.

“Fairness means the process be free of political interference, respect the sovereignty of all countries, and oppose any presumption of guilt.”

The World Health Organization has also called on Beijing to invite them in to investigate the source, with China proposing that the “global response” to Covid-19 should only be assessed when the pandemic is over.

WHO members on Tuesday adopted a resolution at the UN body’s first virtual assembly to review international handling of the pandemic.

News of the investigation came as the Chinese foreigh minister warned on Sunday that the United States was pushing relations with China to “the brink of a new Cold War”, with tensions soaring over coronavirus, Hong Kong’s status and other issues.

“It has come to our attention that some political forces in the US are taking China-US relations hostage and pushing our two countries to the brink of a new Cold War,” Wang told reporters.

Longstanding friction between the two powers over trade, human rights and other issues have been pushed to new heights since the Covid-19 outbreak.

Wang did not identify what “forces” he was referring to, but Trump has led world criticism of China’s initial response to the pandemic, which has caused more than 330,000 deaths and economic carnage worldwide.

The introduction in China’s legislature on Friday of a proposal to impose a security law in Hong Kong to suppress the semi-autonomous city’s pro-democracy movement has further raised the temperature, drawing US and world condemnation.

But Wang hit back at Washington, accusing it of seeking to repeatedly “attack and smear” China.

“Aside from the devastation caused by the novel coronavirus, there is also a political virus spreading through the US,” Wang said.

”This political virus is the use of every opportunity to attack and smear China. Some politicians completely disregard basic facts and have fabricated too many lies targeting China, and plotted too many conspiracies.”